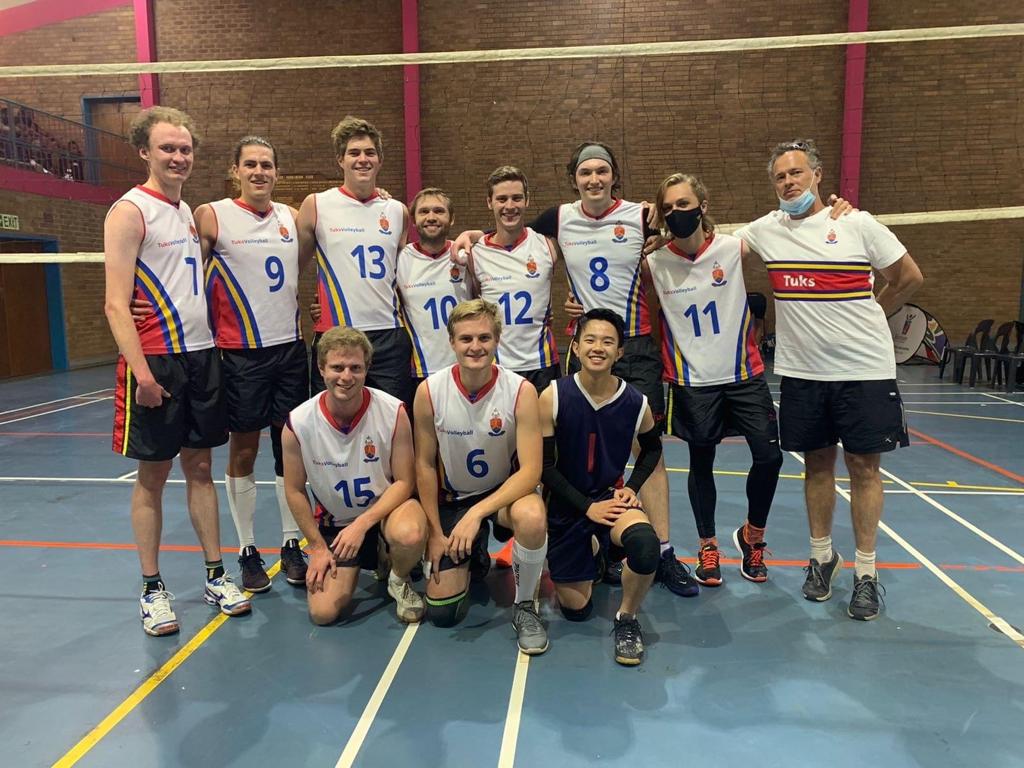 Ingo Güther the TUKS men’s captain is very worried that they are placed in a group of unknown teams. “Our pool consists of Lions from KZN and Vhembe from Limpopo and we have not faced either of these teams and so we will have our work cut out for us”, Güther expressed.

He further explained that they are not expecting the competition to be easy though they don’t doubt the effort put in terms of the preparations. “The games will by no means be easy but we have put in a lot of work in preparation and training so we are confident that we can compete with the other teams and progress through the group stages”, Güther expressed with confidence.

He further mentioned that the team is aware that they will face opponents who play high quality volleyball, however, their focus will be more on defense which will give them an edge against the strong attacking teams. Meanwhile, coach Andreas Franze pointed out that the Tuks team consisted of young men who are looking forward to battling up against their contestants.