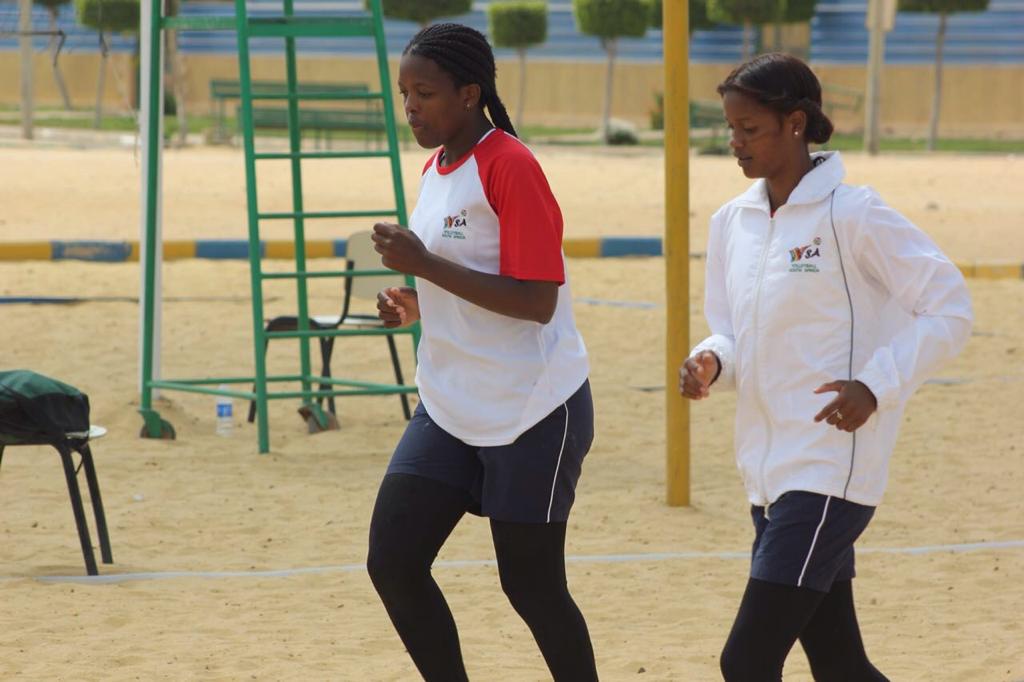 The SA young stars Manana Mosia and Tamlyn Thomas remain the beach record holders after being the first SA Junior Females team to qualify to participate at the 2017 Junior World Championships which took place in China. Manana and Tamlyn’s journey begun when they made it to the African Continental qualifiers which took place in Egypt after finishing 3rd at the Zonal qualifiers which were hosted in Mozambique.

The World Beach Championships served as a learning curve to the duo since they battled against top-notch teams from different parts of the world. Even though, the alliance between the two parted ways after Manana has decided to join the home based team which is Vaal University of Technology (VUT), while on the other side, Tamlyn went to work abroad. The skill developed at that world championships played the significant role on Manana’s Volleyball career since she continued to dominate on student and junior competitions and she went further to represent SA at the World Student Beach Volleyball Championships which took place in Germany in 2018.