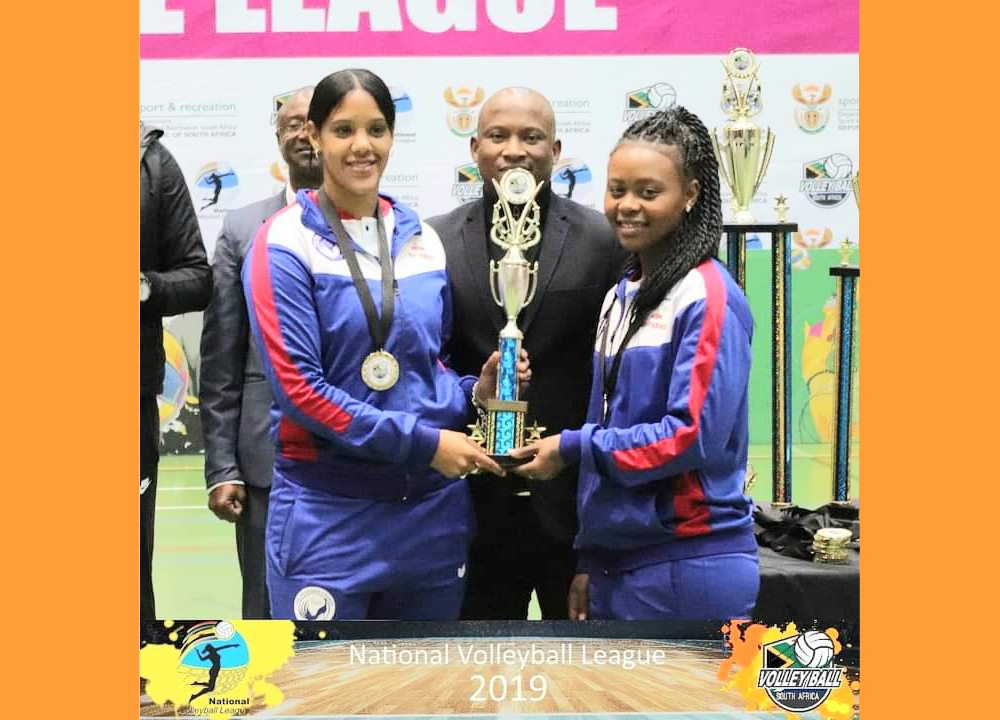 The Western Cranes Women’s Beach Team was chosen as the team of the week in South Africa as part of our special edition of remembering women within SA Volleyball. The Western Cranes team which consists of Bejancke Della and Christin Delcarme are honoured for being the winners of the 2019 National Volleyball League (beach). The duo, Bejancke and Christin won all the games played in the round-robin stage and ultimately defeated the partnership of Khutšo Letsoalo and Samkelisiwe Sibiya of Gauteng Thunderbolts in the finals.

The Western Cranes seems to be in charge of Beach Volleyball since they managed to defend the league after winning during the remarkable inauguration of the National Volleyball League in 2018. It was unbelievable to see teams which hail from the same province (Western Cape) battling in the finals where Christin Delcarme and Randy Williams representing the Western Cranes attained 1st position while Bejancke Della and Anneta Frederickson representing VSA’s shadow squad finished in the 2nd position in the 2018’s edition.

When Bejancke Della, the captain of the Western Cranes was asked how was the feeling after the Cranes were crowned the Champions of the 2019 National Volleyball League (NVL) for Beach volleyball, she responded by saying “we were extremely happy and definitely honored to represent the Western Cranes beach team and being crowned the league champions”. Bejancke further added that it was the second time the Western Cranes won the beach league and they are happy for the continuous support they receive from their friends, families, and the technical coaches.

“Even though the standard of NVL beach league could have been better, there were also a few teams whom we had never played against which demonstrated high skills and challenged us, however, the partnership had to adjust very quickly” – Bejancke Della.

The winning Captain, Della, further expressed that it was very difficult going into a tournament being the defending champions, as they never knew what to expect. Moreover, Della is confident that having a lot of experienced players and good coaches on the beach serves as a huge advantage to the Western Cranes beach teams to defend the title once again.