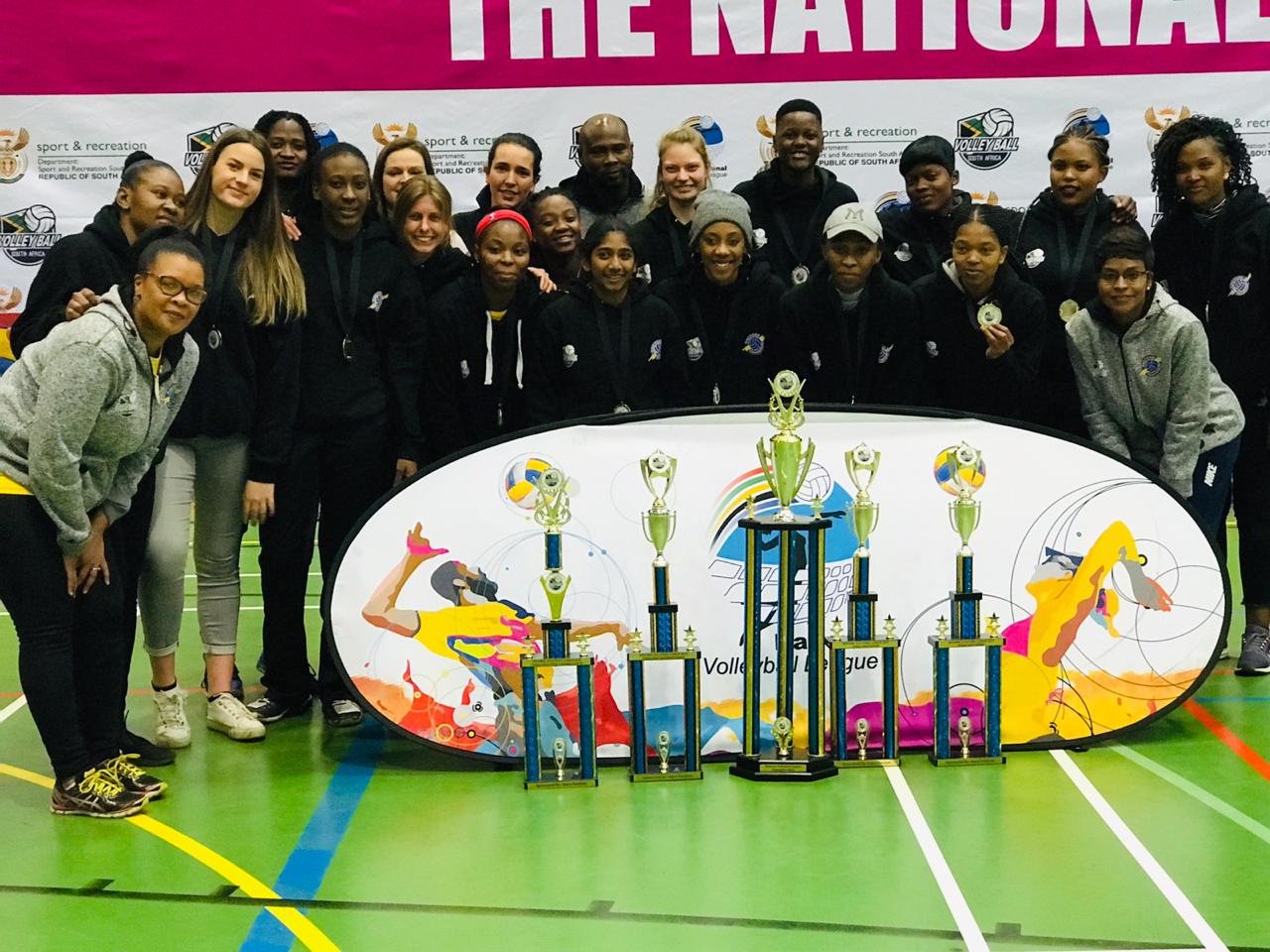 Johannesburg – Gauteng Thunderbolts Women’s Team is chosen as the team of the week in South Africa as they are remembered for showing an outstanding performance at the 2019 National Volleyball League (NVL).

Thunderbolts were among the four (4) women’s teams which battled against each other in the newly launched league which featured Gauteng Thunderbolts, KZN Kingdom Rhinos, Free State Giants, and Western Cape Cranes. Thunderbolts recorded two wins in the round-robin stage after punishing Rhinos 3-1 and Giants 3-0. Even though the Cranes defeated Thunderbolts 3-0 in the round robin stage, that could not stop the Gauteng based team to be crowned the champions of the 2019 National Volleyball League.  The Thunderbolts were crowned the champions after winning 3-2 against Western Cape Cranes at the highly contested final match in which the winners were not predictable. Moreover, apart from being the league champions, the Thunderbolts players which walked away with special accolades were Annah Phago – awarded the MVP and best server respectively, Tshidi Dlamini – awarded best setter and Keshnee Moodley – awarded the best defender of the tournament.

When the Thunderbolts Head Coach, Shalldrack Maitisa was asked how it is to coach women, he said “As a man coaching women I always knew it was not going to be easy”. Maitisa further expressed that women are always rated very low when it comes to sports in general to a point of being paid lower salary than what men get even though they play the same sport. The winning coach Maetisa said that winning the league was a great experience and it will always be treasured because they managed to prosper under difficult circumstances.

Meanwhile, the team captain Nicky Wenhold highlighted that “proudly lifting the big shiny trophy together as a team is one of the images that come to mind when thinking back to NVL 2019”. Nicky further alluded that “what made NVL stand out as a memorable tournament was the element of prestige”. She also added that “Although volleyball (especially women’s volleyball) is far from the centre stage, top-class referees, television and media coverage, the enthusiastic commentary by Rendani Tshivhula, the professional set-up at the Kempton Park indoor arena, and a very engaged crowd of spectators had given us a small taste of the excitement that we see on the international stage”. Still on that, the Assistant Coach Deidre Daniels-Mafulo believes that the Thunderbolts women have a strong team which will still be able to defend their title. She further added that the team is comprised of great women with strong personalities and a good fighting spirit – making it difficult for other teams to step in their way.