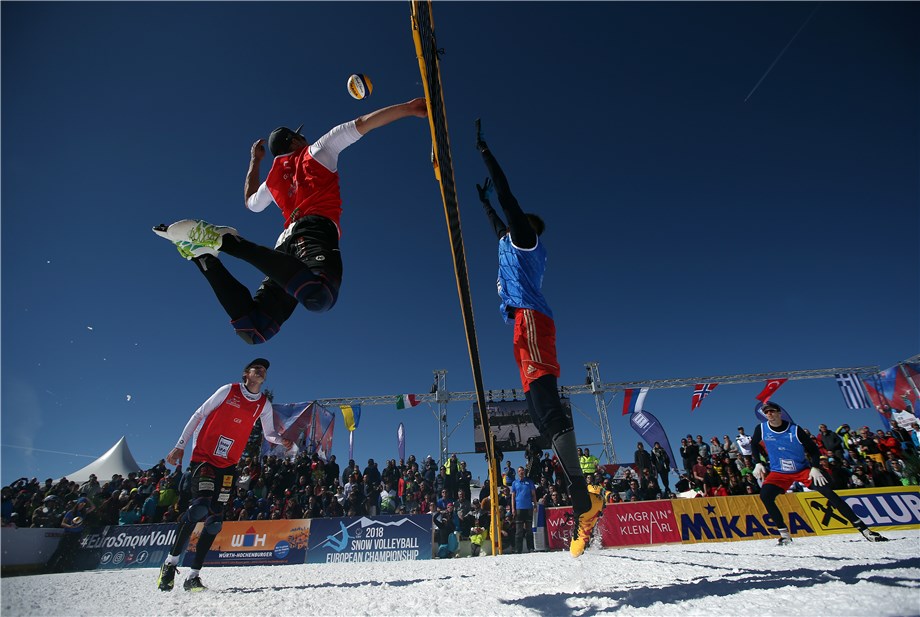 “ The FIVB event in Austria and Italy is an invitational tournament for National Federation players to participate in this global showpiece with a view to impress the International Olympic Committee (IOC) to include Snow Volleyball as a Winter Olympic code.”

Rorich who represented South Africa with Colin Pocock in beach volleyball at the 2004 Athens Olympic Games achieving a creditable 9th position was adamant that the invitation from the FIVB was for the Federation to select four female players as its representatives at the event and it is not a beach volleyball competition.

Rorich went on to say that while Beach Volleyball had entrenched itself as a Summer Olympic Games code in 1996 in Atlanta, USA , the FIVB was hopeful that with such invitational tournaments to popularise Snow Volleyball it could tip the scales in favour of including it as a code in the Winter Olympic Games by the IOC in the near future.

The FIVB is funding the trip for South Africa’s “ Rainbow Nation” team. Gershon Rorich will accompany the team as its manager/coach.