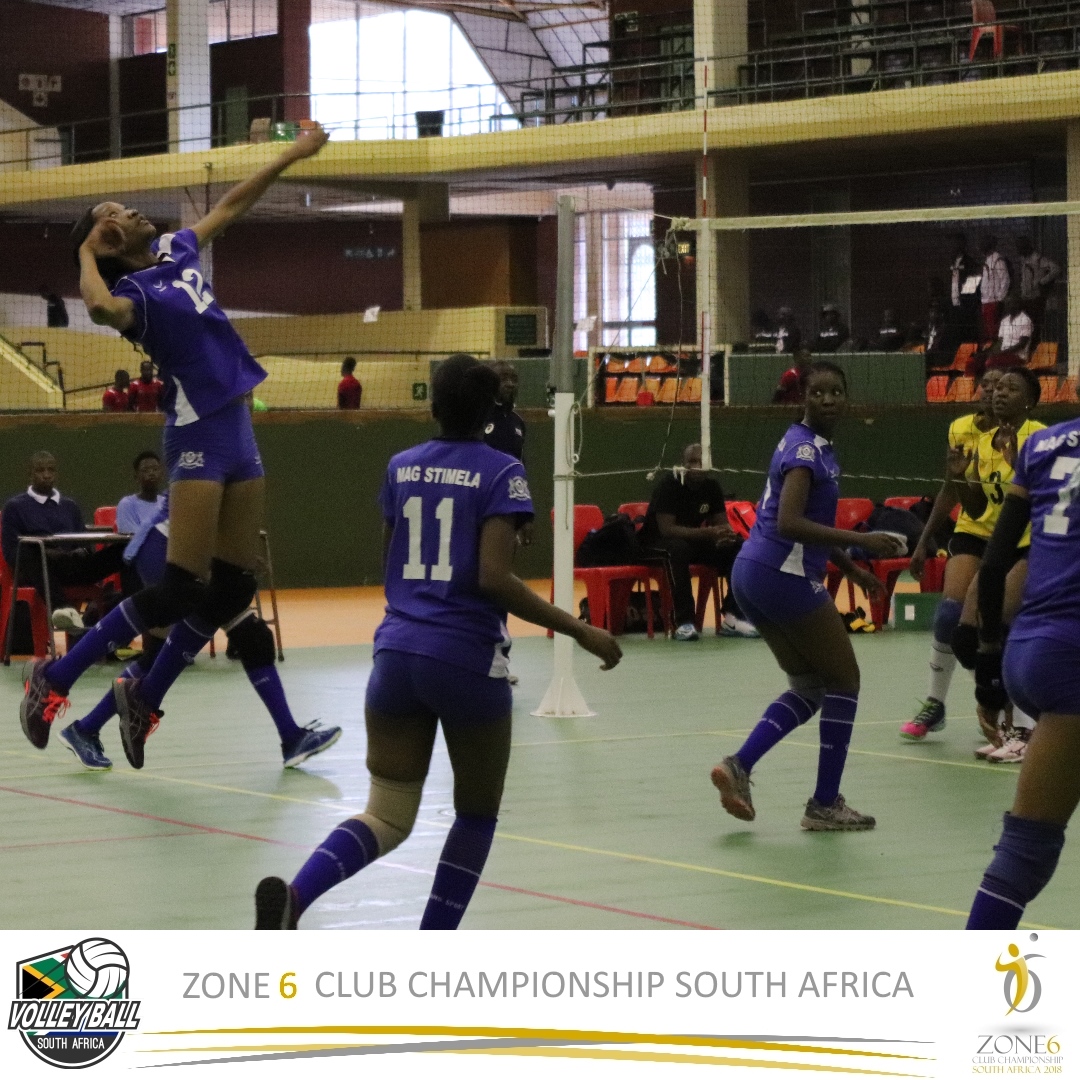 The closely contested first semi-final clash between Mag Stimela from Botswana and Mozambique’s Universidade Pedagogica Nampula (UPN) was a visual feast of power volleyball that thrilled and excited the fans. The contest was a great advert for women’s volleyball in Zone V1.

Mag Stimela’s three national senior women’s team players, Mashadle Gabaresepe (captain), Gasekgonwe Gaoleseletse and Retshabile Tsholofofelo played a pivotal role in keeping their team in the hunt for what eventually pan out to a hard fought first set win.
With teams showing no fear in unleashing their attack force that often brought the best out of blockers and cover players who tried their best to keep the ball alive on their respective side of the net the fans lapped up every minute of the explosive encounter. With the score board being kept ticking evenly the crowd joined in the action encouraging their favourite team to go for the oppositions’ “jugular” during their power play. At 25-25 the set could have gone either way had it not been for Ana Sinaportar who blasted her way past the Mag Stimela blockers to lead by a 26-25 margin. A perfect pass from the back court reached setter Ancha Mutbquia whose quick set was latched on by Vanessa Mulanga who grounded the ball with sheer power to wrap proceedings with a 27-25 margin.

While the 2nd set was fought on a knife’s edge, it was the brilliance of Mag Stimela’s devastating outside attacker, Gasekgonwe Gaoleseletse who stepped up to clinch a 26-24 win that levelled the scores at 1-1.

The crowd pleasing encounter sparkled every time an attacker “pulled the trigger” that either brought the best out of the blockers who rejoiced when ever they “stuff-blocked” an attacker or the cover players had to scramble attempting to recover the balls that came off the blocks. Eventually the greater will to win displayed by the Mozambiquean outfit saw them snatch the 3rd and 4th sets with a 25-22; 25-21 score line.
Universidade Pedagogica Nampula will meet the winner of the 2nd semi final clash between Correctional Sunrise from Eswatini (Swaziland) and Botswana’s Kultwano in Friday’s final.