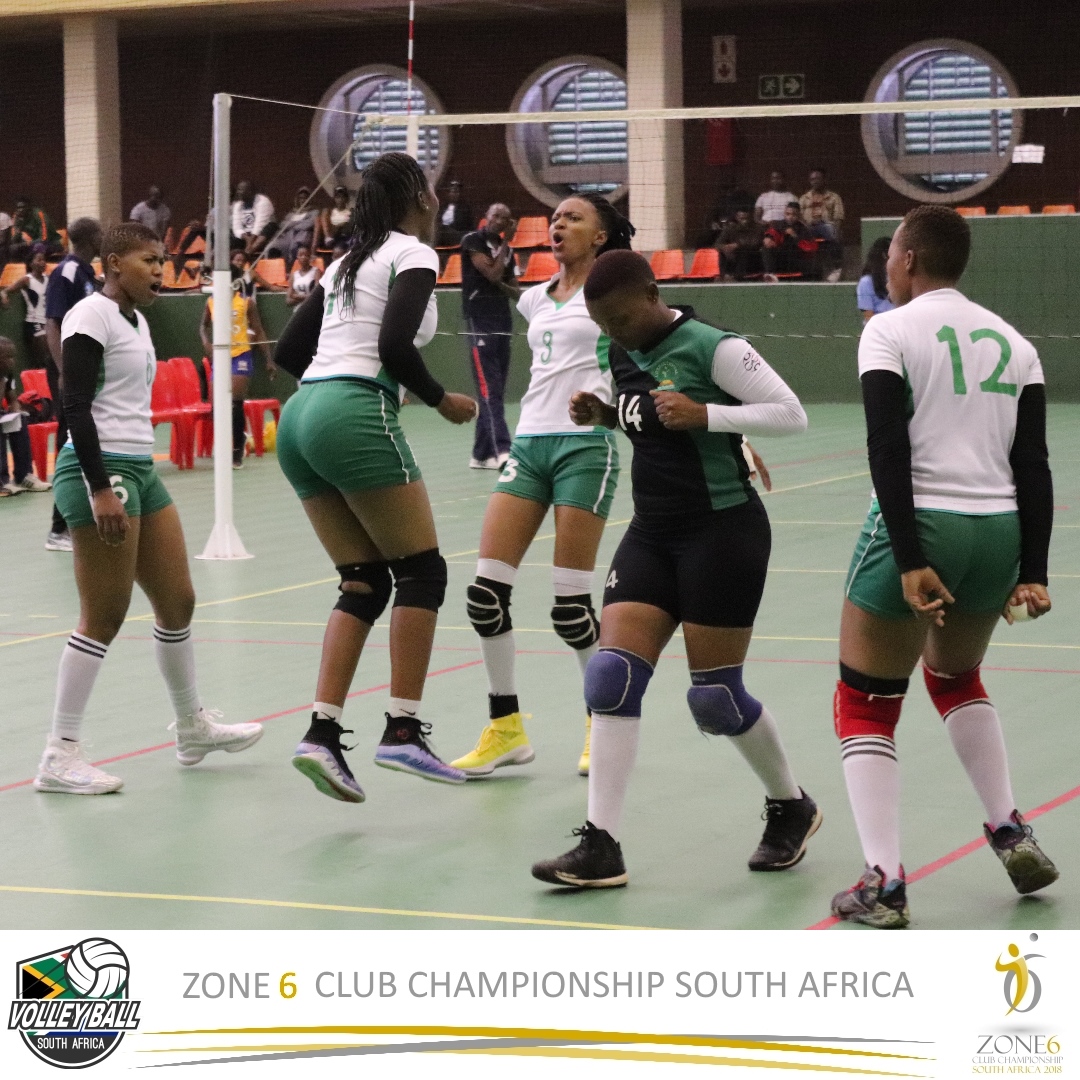 Underdogs, Correctional Sunrise from eSwatini (formerly Swaziland) took an early 4-0 against the more experienced Kutlwano from Botswana. Being down at 4-7 Kutlwano started a fight back to get back in contention.

Unfazed by the Botswana ladies spirited fight back the eSwatini outfit stepped up their game and kept a healthy five point lead through out the better part of the set.

At 17-12 things fell into place for Correctional Sunrise as their attackers wrapped the set by a 25-17 margin.

After posting a great first set win Correctional Sunrise players seemed to suffer from temporary lapses in concentration that resulted in them being trashed by a 25-12 score line that levelled the set score at 1-1. The 2nd set thrashing jolted the eSwatini ladies back on track to fight to salvage their pride and work towards securing a win to reach Friday’s final.

Playing of the blockers hands Kutlwano attackers took a 18-14 lead .Despite desperate attempts by “fiery” attacker, Nokulunga Kunene to stop Kutlwano getting the better of them the Botswana team however stretched their lead to 24-20. In a matter of few minutes Kutlwano won the set by a 25-21 score to lead by 2 sets to 1.

The 4th set was crucial for Correctional Sunrise as defeat will relegate them to a 3rd place play off. From a 7-7 score the eSwatini team kept the pressure on that resulted in cracks in the Botswana team’s defence at the net. Adopting a more robust offensive strategy Correctional Sunrise posted a 24-20 lead. During a long rally Caroline Rodgers caught Kutlwano back court players napping when she directed a well executed “dink” to the far corner of the court to level the set scores (2-2) with a 25-20 win. The stage seemed to be set for a titanic struggle for a place in Friday’s final.

It seemed that Correctional Sunrise’s vociferous crowd support spurred them on as they raced to an unassailable 11-5 lead much to the dismay of the Botswana ladies. To add “salt in the wound” Correctional Sunrise players rejoiced every time they scored a point in the deciding 5th set.
A neat cut- shot by Nokulunga Kunene that beat Kutlwano blockers and cover players ended the encounter with the score at 15-7 in favour of the eSwatini ladies.