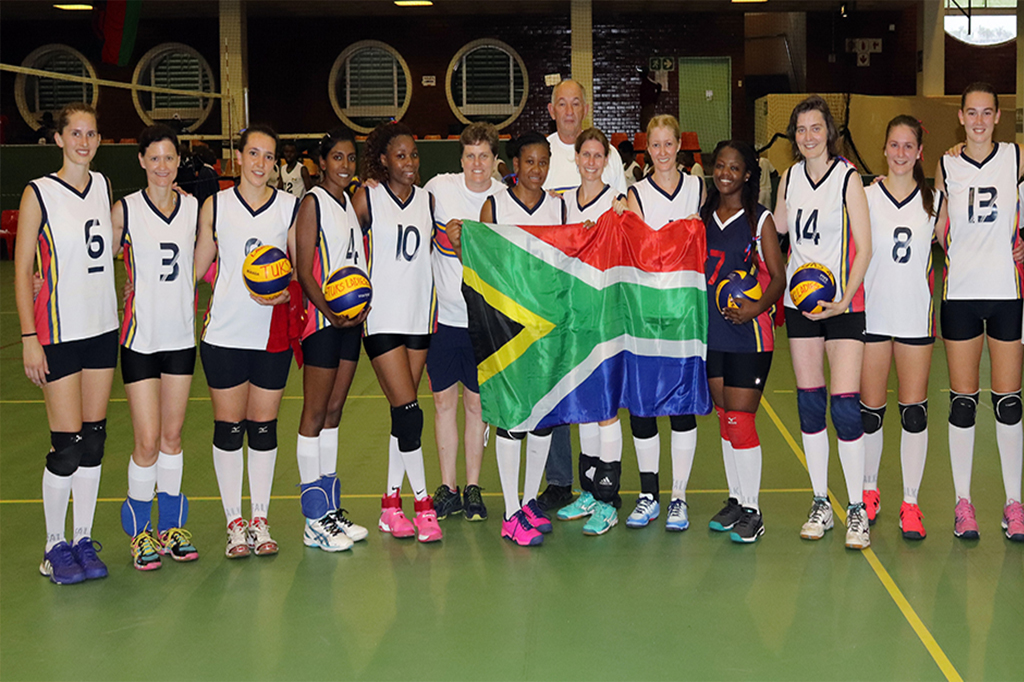 For Tuks, South Africa’s number one women’s team their final round robin match against UZ Wolves from Zimbabwe was a must win encounter as a loss will mean exiting the tournament as they already lost their opening match of the African Zone V1 club championship. Tuks was in Pool A  dubbed the “pool of death”  with UZ Wolves from Zimbabwe and Botswana’s Mag Stimela.

Tuks’ coach, G.P.Fourie brought on back up setter, Kimberley Nambiar as a final throw of the dice to put his attack force on a winning path. While the youngster tried her best to ignite Tuks attackers, UZ Wolves blockers stood firm at the net giving very little away.

The Zimbabwean sped to a 17-7 lead in double quick time as Tuks suffered from a series of unforced service errors and service reception faults that put a damper on the team’s performance. Tuks lost the first set by a 25-11 margin.

Continuing with their winning ways, Wolves started the 2nd set in high spirits with their attackers blasting their way past Tuks’ hapless defence at the net.

Particularly impressive in the Wolves camp were the very tall  Lisa Nyamdela, Vimbai Chanasaria and Eaunach Katiyo who used their height to great advantage both in defence and attack.

Unable to contain the UZ Wolves attacking trio Tuks were bundled out by an embarrassing 25-8 thrashing.

Even with first team play maker, Natasha Webber taking over as setter the Tuks    attackers had little success in penetrating the Zimbabwean defence. With a 11-20 deficit it seemed that Tuks’ attempts to get back in the contest were waning fast. Tuks crashed out of the tournament when they succumbed to a 25-13 defeat.