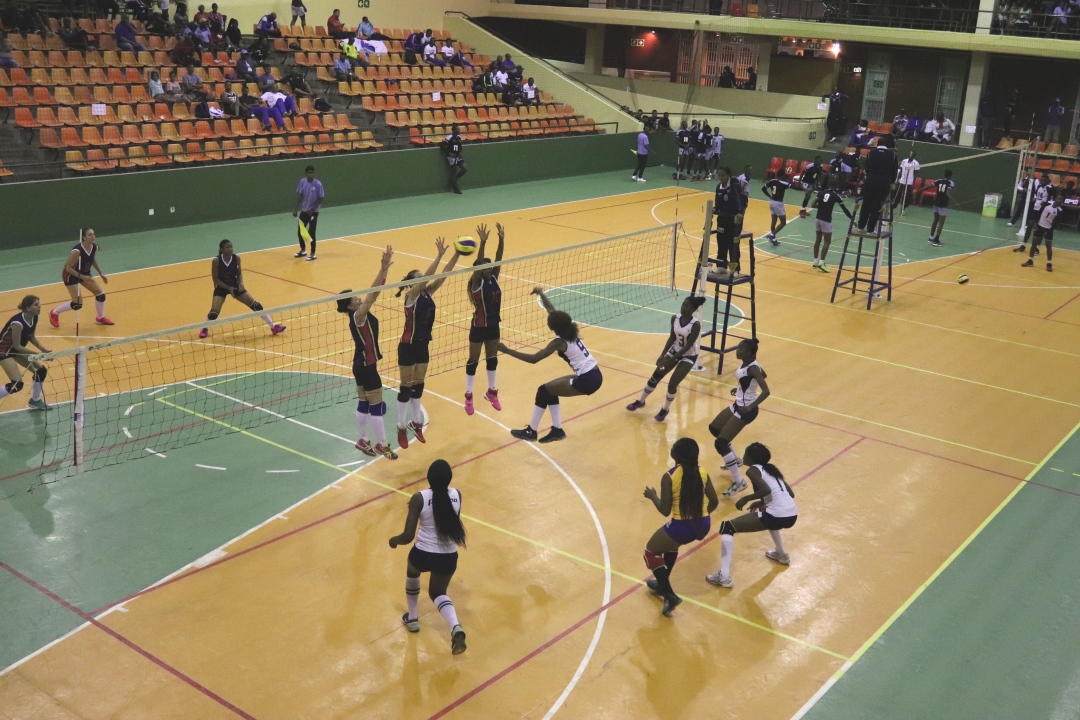 Mag Sitimela, the star studded Botswana ladies team featuring three current national team players (Mashaole Gabaresepe; Retshabile Tshotofelo and Gasekgonwe Gaoleseletse) squared up against South Africa’s number one team in a contest that fans hoped that it would produce all round fire works. Sadly for the South African fans Mag Sitimela proved to be too strong as their dominance at the net was the decisive factor that tipped the scales in their favour.

Lean, tall and quick in attack and blocking the Botswana ladies had a stranglehold on the match, giving little away at the net. Difficulties in receiving Mag Sitimela’s rapid jump services gave the visitors a healthy lead. Not even setter Natasha Webber’s persistence in servicing attackers Margrit Springer, Moloisare Pollako and Nicola Weinhold could penetrate the Botswana defence. The first set went in favour of Mag Sitimela by a 25-15 margin.

Convinced that Tuks was a mere push over Mag Sitimela raced to a 3-0 lead. They were rudely awakened to a fight back from Tuks that resulted in a state of disarray in the Sitimela back court that brought Tuks back into contention levelling matters at 1 4-14, there after taking the lead for the first time by pushing the scores to 19-15. The prospect of an upset victory was on Tuks’horizon. However, three consecutive service reception faults dampened Tuks’ spirits as Sitimela bounced back by playing off Tuks’ wing blockers’ outstretched hands to level matters at 23-23. Two consecutive service reception faults handed Mag Sitimela a hard fought 25-23 win to lead by 2 sets to 0.

With Mag Sitimela’s senior women’s national team players taking control of the 3rd set signalled the end of Tuks resistance as the South Africans slid to a 25-10 defeat.