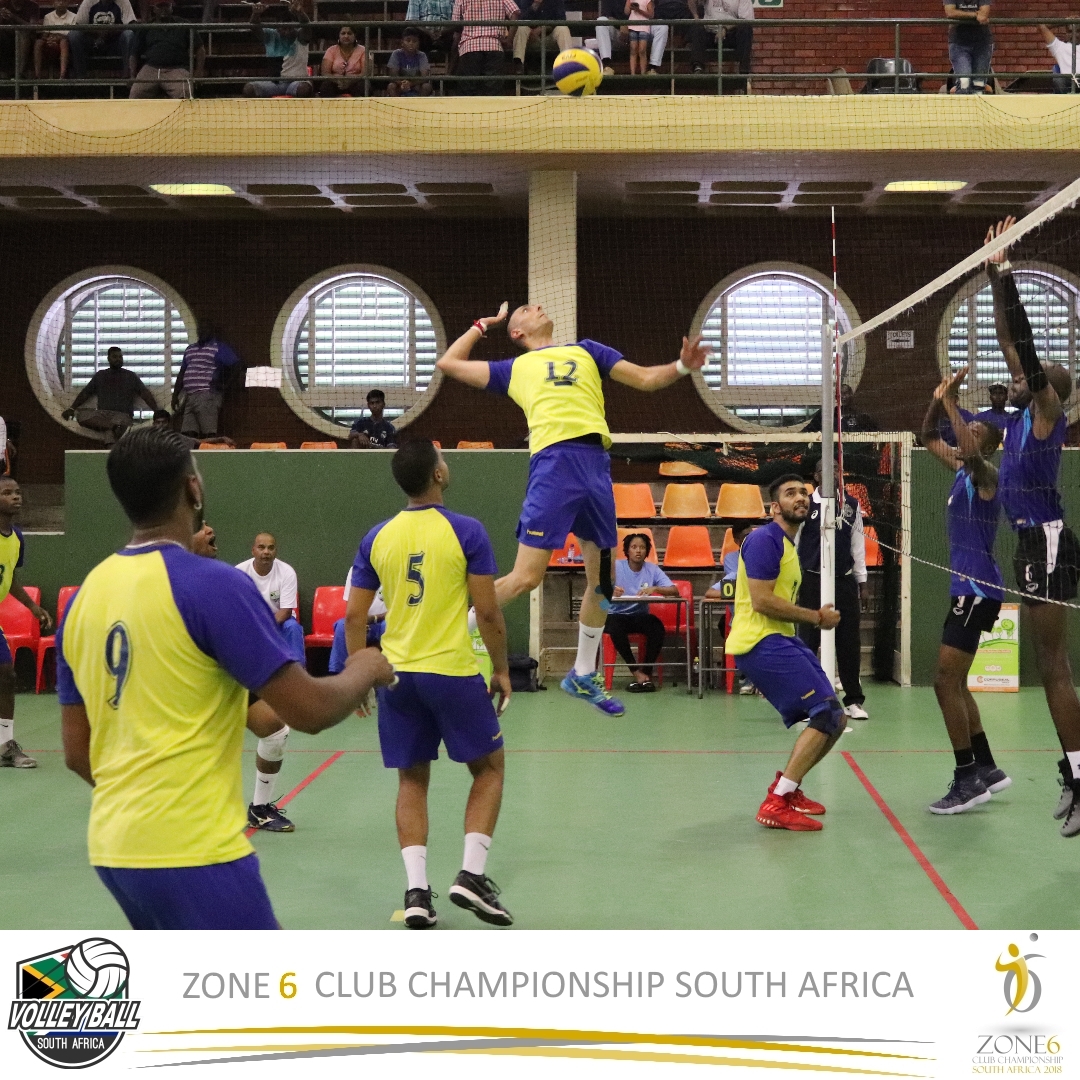 Continuing with their winning ways Liberte started the opening set against Namibian outfit, Khomas Napol with a sense of urgency that threw the visitors defence at the net in disarray. With Mickesh Rampersad, Hinesh Purbhoo,Truman Xulu and the lanky Loueshan Gangaraj spitting venom whenever they connected with play maker Ardel Shaik Ally’s sublime setting, Khomas Napol were forced against the ropes.
At 19-10 Liberte took their foot off the pedal and eased into taking the set by keeping the pressure on Khomas’ defence at the net.

Truman Xulu delighted the fans when he cracked a scorcher off Shaik Ally’s quick set to the antenna which brought roars of applause. The diminutive attacker’s spike hit the court with awesome power and sped into the adjacent court. Shaken by Xulu’s power the Namibian defence wilted under pressure.
At 23-14 Loueshan Gangaraj unleashed two consecutive booming jump serves that brought a close to the set, 25-14.

The 2nd set was closely contested in the beginning until the Liberte’s “big hitters” stretched their lead to 18-10. When coach Jason Govender rung the changes to give few of his
2nd string players game time the Namibian took advantage of the change and posted four points in a row before the substitutes had the time to settle down.
When coach Govender brought back setter Ardel Shaik Ally things panned out differently for the opposition as Ardel unleashed his attack force whose sheer power helped them to clinch the set by a 25-16 margin.

With Liberte in dominate form Khomas Napol had nothing new to offer to prevent the home side from closing the set.
Liberte posted a 25-16 score line to win in straight sets (3-0).