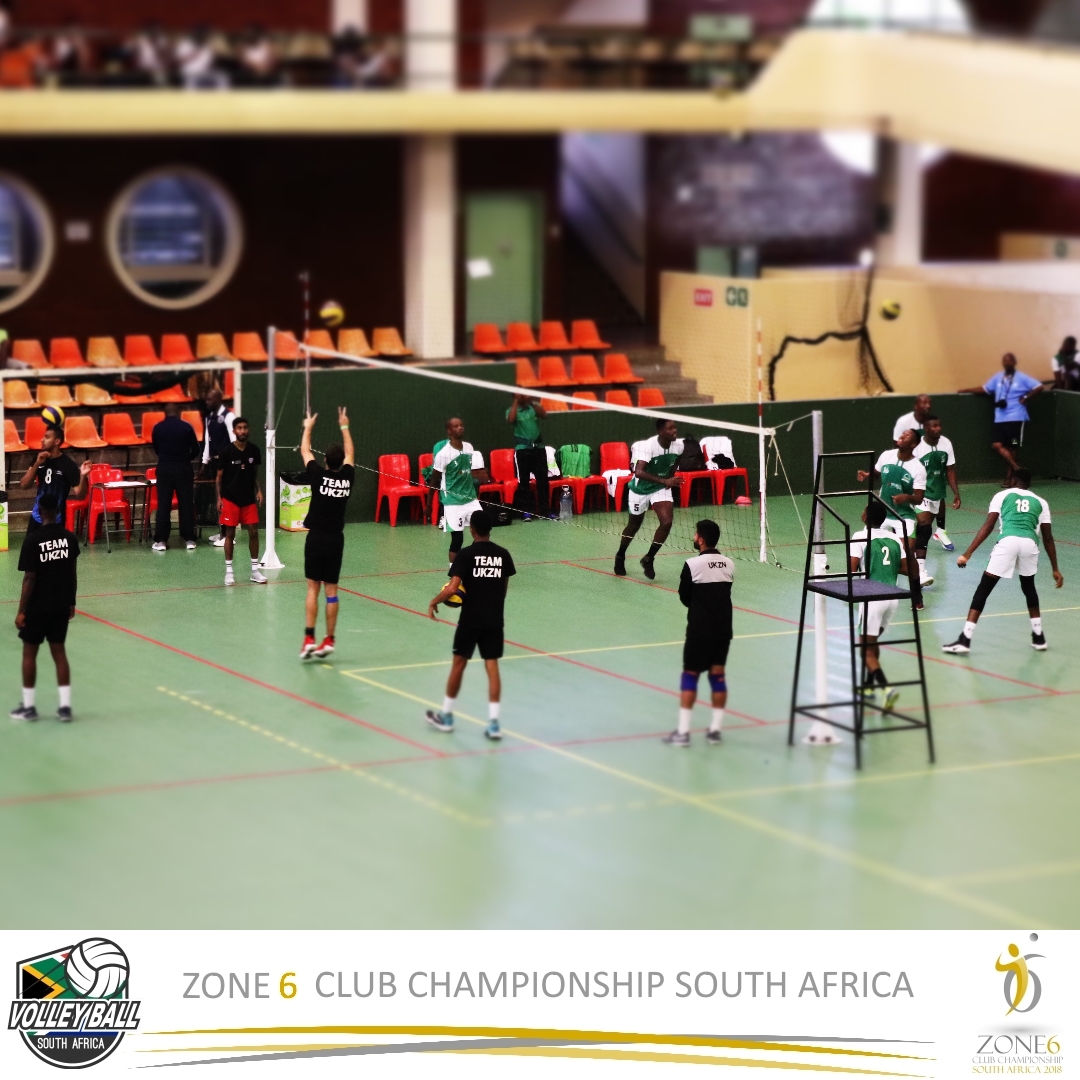 A frustrating repetition of service errors marred the encounter between South Africa’s UKZN and Kalavango of Botswana. Further Kalavango gave away a series of points through rotational faults.

Despite these unforced errors the match was closely contested with Kalavango’s quick hitting power attacker Lekoko Mhemelo taking on the home side’s defence at the net by posting well deserved points on the board. UKZN’s Devin O’Regan, one of the province’s prolific attackers had to take over as a setter to keep his team in the hunt for an opening match victory. UKZN’s first team setter has been rested as he will doing national u19 team duty in Botswana for the 2018 Zone 5 Games. The “blow for blow” first set eventually went the way of UKZN with a 25-23 margin.

With a first set win under their belt UKZN put their shoulder to the wheel fighting all the way to take a commanding 2 sets to 0 lead that will make victory achievable provided that O’ Regan kept a steady flow of sets to his attackers Keagan Pillay and Avikar Ramcharran.
UKZN wrapped up the set with a 25-18 score line.

For Kalavango losing the crucial 3rd set was not an option as they came out with guns blazing upsetting UKZN’s defence at the net.
With service errors rearing its ugly head again the set slumped to a slow paced encounter. However the score board was kept ticking slowly. From a 17-17 stalemate UKZN took a hard fought 20-18 lead despite efforts from the visitors’ Lekoko Mhemelo firing his trade mark power attacks to unseat his opponents. Giving very little at the net Coach Vinay Naicker’s young team closed proceedings with a 25-19 margin.