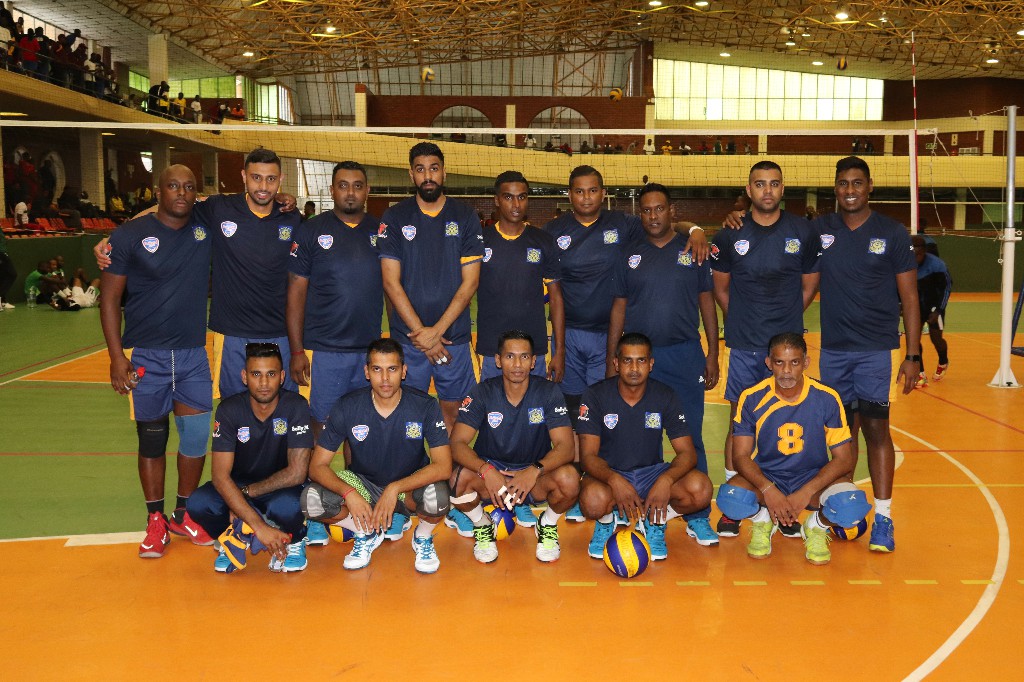 Was it the late arrival of Maidstone’s prolific power attacker, Hansen Viragavan and coach Ricky Perumal that put a damper on the team’s performance in their crucial encounter against Botswana’s BDF V1.
According to the rules both Viragaven and Perumal were excluded from the team for the match.

To the dismay of the fans Maidstone’s lacklustre performance saw them slide to a 12-5 deficit in double quick time . Despite Megan Govender and Halala Ntuli’s efforts to reignite a determination to play their normal explosive brand of volleyball that earned them the number one status in South Africa Maidstone seemed rudderless. While Govender and Ntuli tried their best to change the sorry situation others in the team needed to back them to salvage some pride. Taking advantage of the disarray BDF’s powerful attack force of
Mmolai Diseng Gobakwanaole, Abel Samunzola and Letswiti Baupoloki turned on the magic to power their way past Maidstone’s defence at the net by posting 25-19 score.

Unafraid to “pull the trigger” at will BDF V1’s “big attackers” took an early lead. However through clever setting by veteran play maker, Ryan ‘ Spitz” Lahldas brought the best albeit under difficult circumstances out of attackers Wentzel Samuel, Halala Ntuli and Megan Govender who went on to level the scores at 7-7 that raised eye brows in the BDF camp.
A series of unforced service errors put Maidstone against the ropes. The problem was exacerbated by an out of form Shaldon Moodley who seemed like an on court spectator in this crucial encounter. It was puzzling that Moodley was still on court despite making no meaningful contribution.
Maidstone lost the set by a 25-17 margin.

Taking the lead for the first time at 13-12 setter Lahldas restored his attackers confidence by cleverly picking each attacker with a tailor made set that allowed them to post valuable points on the board. With a determination to contain BDF’s power attackers at the net, Maidstone looked a vastly improved outfit like the Maidstone that their fans were accustomed to. From a 22-24 deficit Maidstone levelled matters at a breath taking 24-24 score line. At 25-24 in Maidstone’s favour, a crucial block executed by Wentzel Samuel sealed the set at 26-24 that raided loud cheering from their fans.

BDF entered the court with the intention of not allowing the match to be decided in the 5th set which could be unfavourable to them. Drawing on their vast experience at this level of competition BDF attackers’ change in strategy of playing the wing blockers hands paid off handsomely for them. Strengthening their defence at the net and moving up a few gears in their overall play resulted in the Botswana outift to close proceedings with a 25-14 hammering. Maidstone’s loss sees them exiting the tournament in the round robin stage.