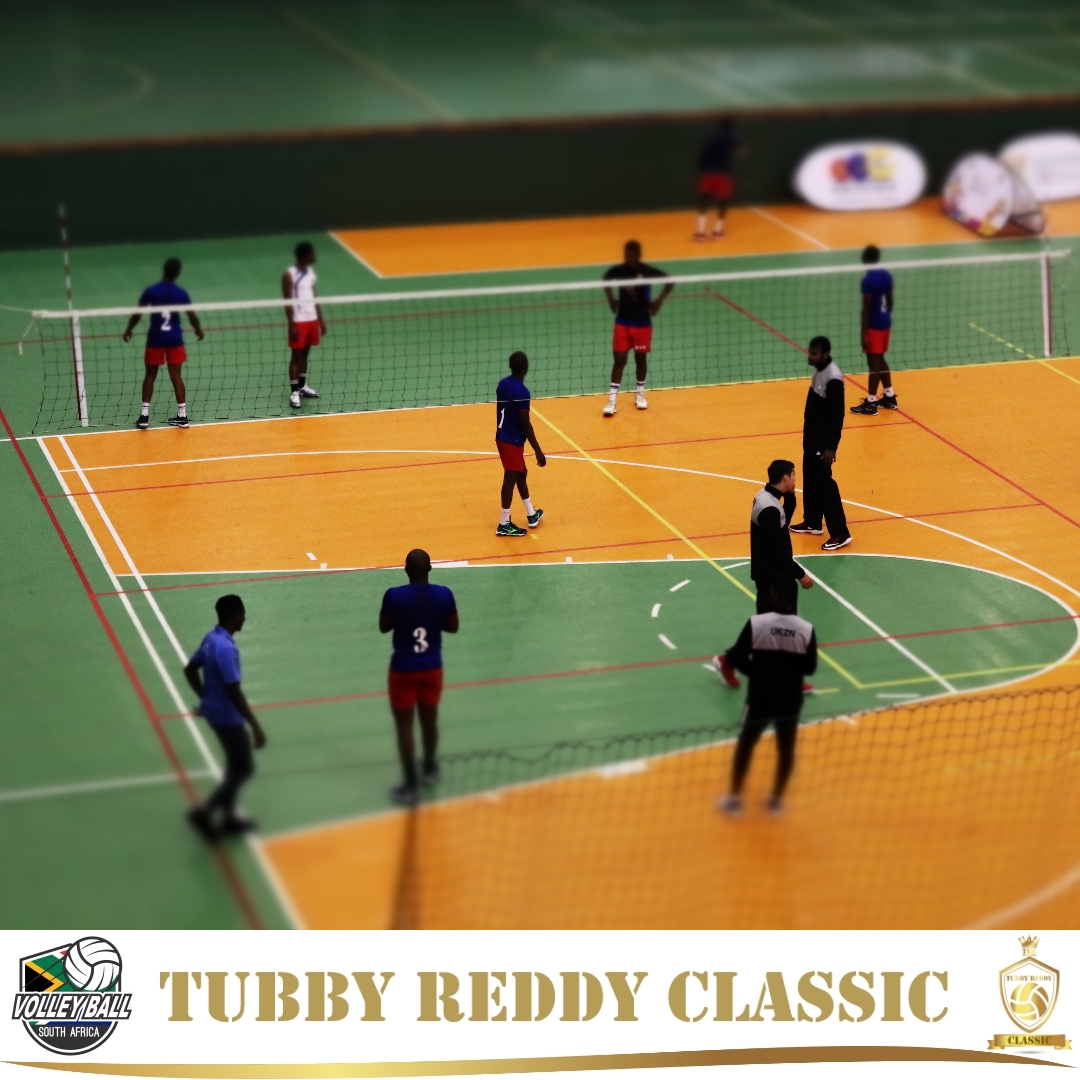 The inaugural R100 000 Tubby Reddy Classic got off to a superb start at the University of Kwa Zulu Natal’s Westville Campus Sports Centre with favourites, Liberte of Tongaat registering a straight sets (3-0) (28-26; 25-11; 25-13) win against VW from the Eastern Cape in the opening men’s fixture. In the women’s category, tournament favourites TUKS from Pretoria overpowered Free State’s Panthers also in straight sets (3-0)
(25-23; 25-21; 25-13).

Although Tuks faced strong opposition in the first set from Panthers that went to a nail biting 25-23 margin in favour of the Pretoria team, they were never in danger of losing the match.

Relying on the experience of Natasha Webber, a former national team setter who brought the best of her attack force, Tuks went on to close the 2nd and 3rd sets by a 25-21; 25-13 score line to head Group A.

Despite local crowd support firmly behind Liberte, VW were tough as nails in the beginning as they came close to clinching an upset win in the first set which could have boosted their chances of an opening match victory.

Liberte’s diminutive play maker, Hiresh Hiralal picked up the pace of the match by servicing his attackers with the quicker set that sent VW reeling to a 25-11; 25-13 defeat in the 2nd and 3rd sets.

Maidstone, dubbed the ‘giant killers’ lived up to their name as they fought their way out of a first set trashing (25-12) by favourites, Liberte to win by 3 sets to 1, courtesy of mercurial player, Ryan “Spitz” Lahldas’ sublime setting. Facing defeat at a precarious19-14 score line in the 2nd set Lahldas threw caution to the wind and challenged Liberte’s defence at the net by creating a variety of attacking options that had the blockers working over time.

Lahldas persistence worked to his advantage as his attackers became fearless posting point after point. With Liberte fighting toe to toe with Maidstone the encounter became a sheer pleasure to watch.

Gold medal hopefuls, Tuks were made to fight all the way in the first set against, Kuvuki, the minnows from Richards Bay to win by a slender 25-23 margin.

Overcoming the difficulties they faced in the first set Tuks stepped up a gear and cruised to 25-14; 25-19 win in the 2nd and 3rd sets to seal the match.

The semi-final encounters will be played on Friday.