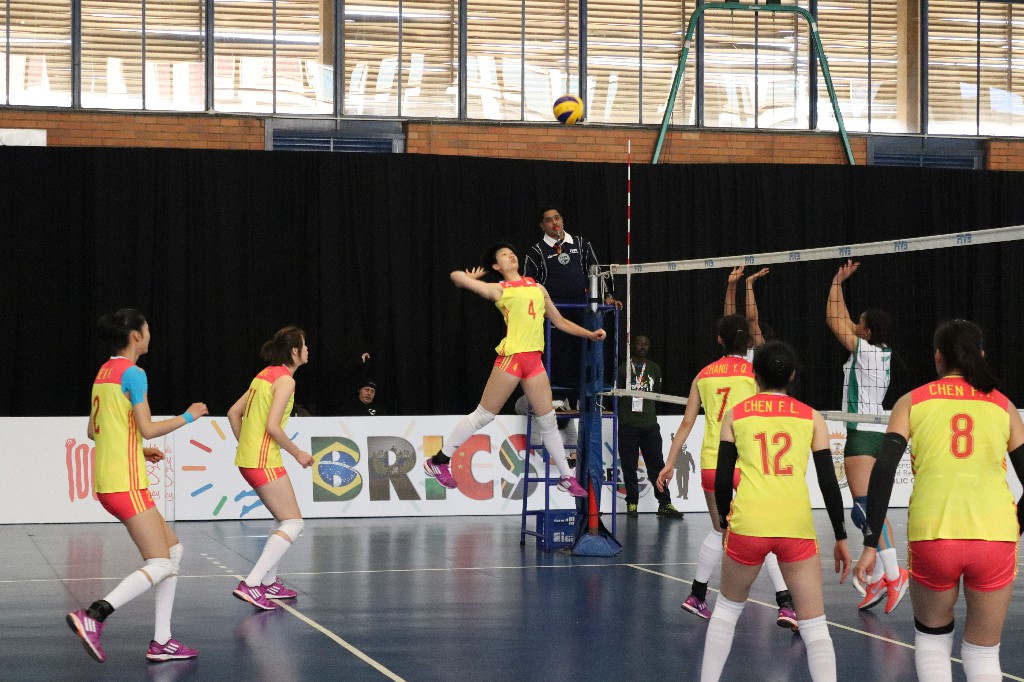 The South African Junior Women’s team players and their coaching staff would have been intimidated had they watched the powerful Chinese ladies team annihilate a fairly strong Indian team in straight sets (3-0), ( 25-13; 25-23; 25-13) on Day 2 of the tournament.
Their powerful attacking at the wings and their penchant for quick combination attacking in the middle will befuddle the best of blockers in their age category in the world.

To this end the stage was set for minnows South Africa to get a taste of power volleyball that included scorching attacks and solid blocking not experienced by them at the local and African continental levels.

Merciless in attack the Chinese took a “quick fire” 17-6 lead with effortless ease in the first set. Much to the delight of the SA fans lanky Nelia Tembe offered some resistance to the Chinese by challenging them at the net. Notwithstanding that the Chinese wrapped the set up with 25-6 thrashing.

SA’s sad tale of woes continued in the 2nd set as slumped to a 25-2 defeat in double quick time. Unable to rise up to the occasion and challenge the Chinese at the net or fire a series of power attacks the South African slid to a 25-5 loss,
China’s victory against the South Africans secured them the gold medal position in the 2018 edition of the BRICS GAMES.