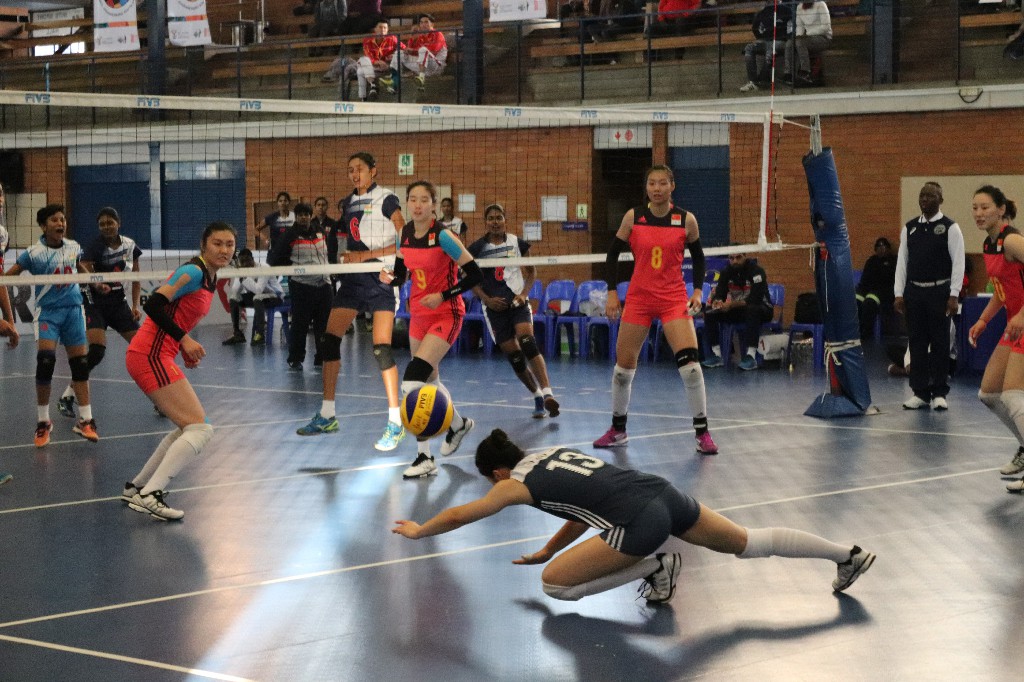 It the opening minutes of the set between India and favourites China the former seemed shell shocked as they moved painstakingly slowly on court that allowed the Chinese to stamp their authority and race to a 11-1 lead in double quick time.

China’s power attackers Qian Jing Wen and the left handed Chen Pei Yan had a field day blasting their way past India’s hapless blockers. With some resistance shown by skipper Ansuree and Saranya India put a few valuable points on the board. However it was too few too late as the Chinese attackers put the opening set beyond the reach of the Indians with 25-13 score line. The Indians fans held their heads in exasperation.

However it seemed that the first set thrashing put wind in the sails on the Indian lasses as they fought all the way to remind their highly fancied opponents that they were still in the match. With the crowd firmly behind India the court was set alight with a fiery display of power volleyball. With both teams keeping the score board ticking evenly the set could have gone to either the Chinese or the highly spirited Indians. At 23-22 in favour of China , attacker Li Ya Nan gave India a chance of victory when she served in to the net (23-23).

India’s inability to stop the Chinese attackers’ quick combination play in the middle saw them slide to a heart breaking 25-23 loss.

With China in control in the 3rd set they went on to post a quick 25-13 score to win the encounter in straight sets (3-0). China will meet minnows South Africa in their final match on Sunday.