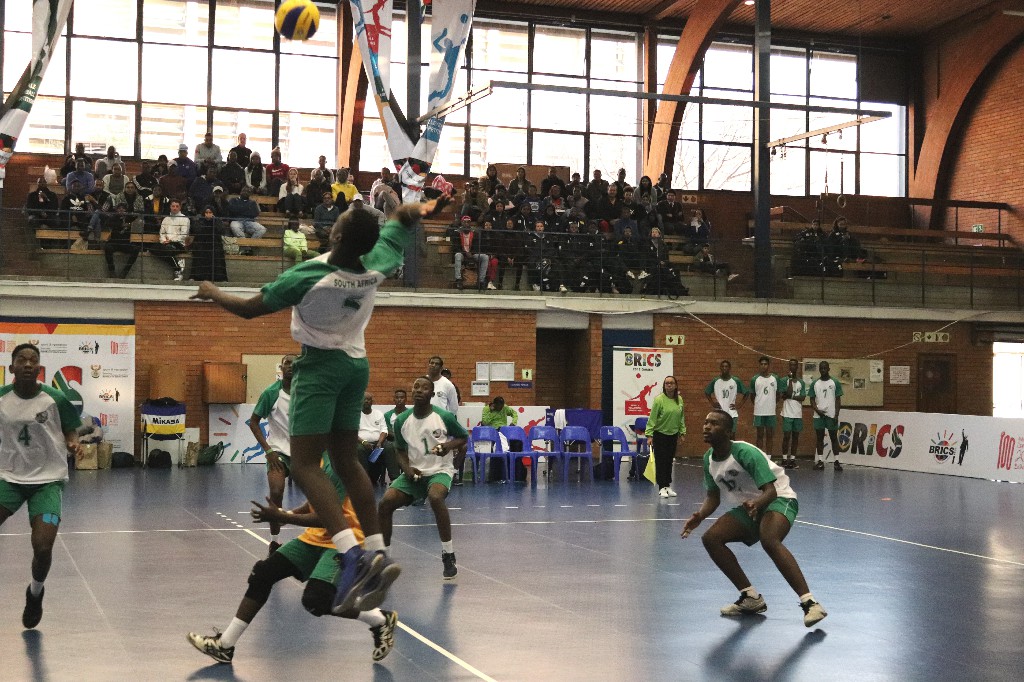 It seemed that the gruelling five set match against Russia took its toll on the Indians who did not perform as they did against the Russians. Although they lost to Russia after having taken a 2-1 lead they were exemplary in attack and block winning friends and admirers among the South Africans.

Although Indian Head Coach, Daljit Singh fielded his best players in the  starting line up India lacked the drive to thrill and excite the crowd as they did against the Russians.

Taking advantage of India’  “some what” casual approach to the match the South African lads took a 8-7 lead and even went on to tie the scores at 10-10.

While the Indian team’s performance was not up to par Head Coach Diljit Singh did not press the panic button, he allowed his players the freedom to play their normal game.

Once again the tightly contested set swung at times in SA’s favour, only for a short time as India pulled themselves together by servicing “rapid fire” attacker, Amit who did not disappoint whenever he connected with setter Muth Samy quick sets to beat the SA blockers. Amit and Jatin Singh closed the set with a 25-18 score line.

In the 3rd set Coach Diljit Singh chose to rest his main players ahead of their final match against Asian giants, China on Sunday. Setter Muthu Samy and star attacker Amit were joined on the bench by Rohit Kumar Bind and Jatin Singh. Taking advantage of the changes in the Indian team the SA lads were fired with a renewed spirit to win a set or two. Matching the Indian team for power at the net the SA lads kept the score board ticking.

The constant encouragement from the fans spurred them on to cause an upset victory.

Although  the Indians on court seemed like as shadow of their starting six players they nevertheless won the set by a 25-21 margin.

South Africa will meet the powerful Russian team in their final match on Sunday.