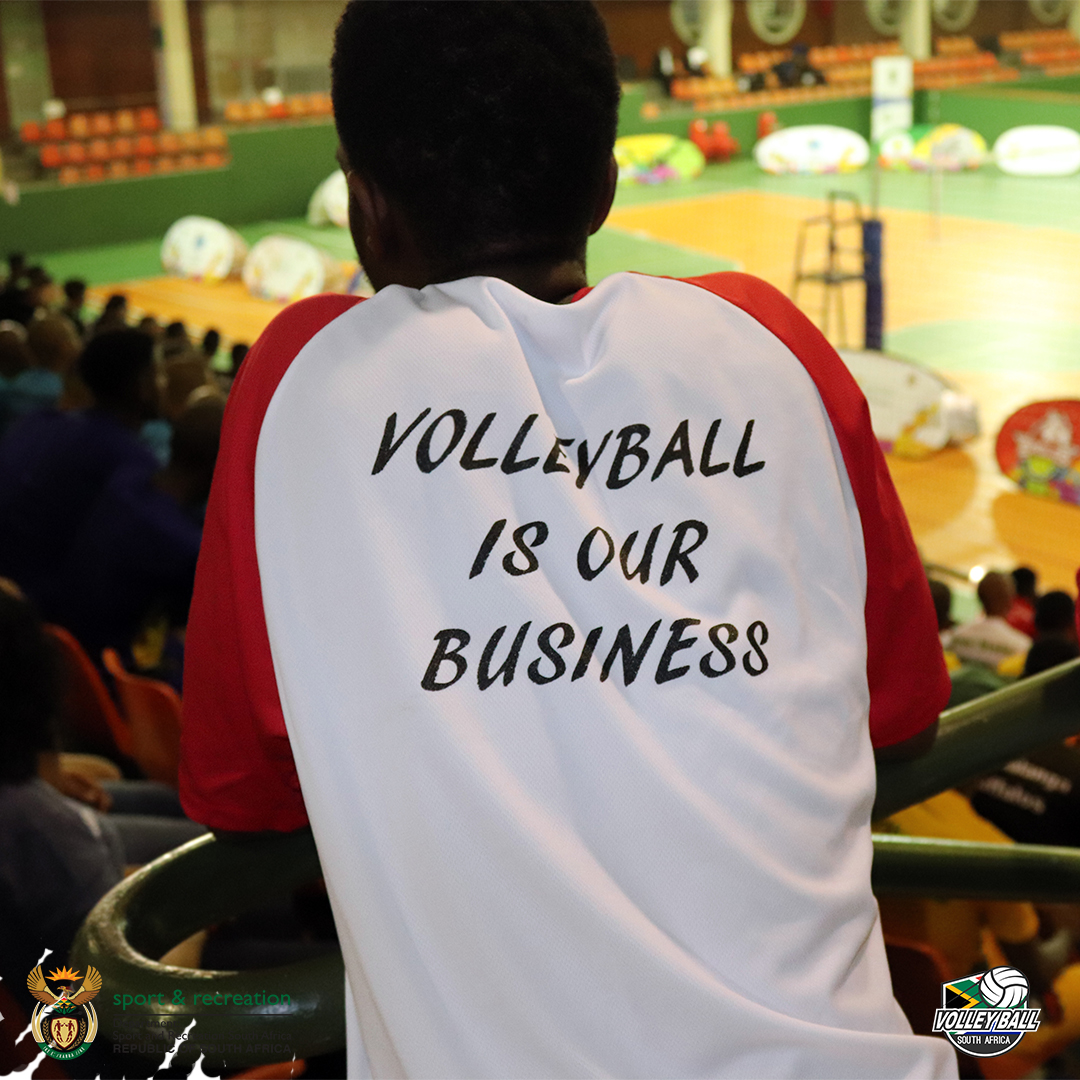 Limpopo’s Mapungubwe Warriors lived up to their name, “Warriors” when they led the charge with a “battle cry” against Mpumalanga Buffalo who went on to lose the “battle” albeit in a long drawn out encounter in straight sets, (25-12; 25-14; 25-22).

While the opening set started off as an even contest it was the Warriors who broke ranks when their attack force found a weakness in their opponents defence at the net and exploited it to the fullest. They were rewarded with a resounding 25-12 opening set win.

With long drawn out rallies being the order of the day Warriors went on to break the  monotony when they became more aggressive at the net, resulting in a 25-14 win.

Once again long drawn out rallies kept the score board moving at a snail’s pace.

At 22-22 the set could have gone either way had it not been for a burst of aggression from the Warriors that took the wind out of the sails of their challengers, Mpumalanga Buffalo. Warriors won the encounter by a 25-22 margin.

Its was rather unfortunate that the Northern Cape outfit, Diamond Kudus had to face the star studded rampant Gauteng Thunderbolts in their opening fixture of the 2018 National Volleyball League.

It was a case of “baptism of fire”  for Diamond Kudus , newcomers at this level of competition as they were annihilated by a 25-9 score line in the first set.

With a staggering first set result (25-9), Thunderbolts coach had the luxury of throwing in his second string players into the fray. Thunderbolts’ change in game plan gave the Diamond Kudus the opportunity to put quick points on the board.

At 19-12 the Gauteng coach brought on his “big hitters” who went on to close proceedings with a 25-14 score.

Gauteng Thunderbolts went on to stamp their authority on the match, ending the 3rd set with a 25-14 score.

North West Dynamites suffered their second defeat in a row in the 2018 NVL when they lost 25-22; 25-18; 25-18  to EC Eagles whose prolific attackers Peter Size and Yaseen Hendricks being the chief destroyers.

The tightly contested 2nd set stretched both teams to the limit as they were made to fight all the way to gain the upper hand. Dynamites’ talented attackers Reggy Phumo and Karabo Monyamane were a constant threat to the Eagles defence and cover players when ever they connected with their setter. Phumo was fearless in defence at the net keeping EC Eagles attackers in check. Sadly for Dynamites whenever Reggy Phumo went into the back court Eagles rejoiced as they used the opportunity to put quick points on the board.

Once again it was up to Peter Size and Yaseen Hendricks to take the 2nd set with a hard fought 25-18 score line. EC Eagles won the encounter when they clinched victory in the 3rd set with 25-18 score.

Given the strength of many of the provincial contenders in the 2018 NVL, debutants at this level of competition Mpumalanga Buffalo will find the goings tough as they will lock horns with seasoned campaigners.

Buffaloes opening fixture of the NVL was against the high riding home side, Kingdom Rhinos who registered their first win on day one.

Oozing with confidence Rhinos coach Jason Govender rested a few of his players, bringing on attacker Devon O’Regan and the lanky Brandon Govender to take care of matters at the net. Although O’ Regan and Govender put in a sparkling performance taking a 7-3 lead, Buffaloes strongly built middle blocker, Thokozane Sibiya was joined by Tebogo Ranala and Sibongiseni Mbuyane to level matters at 15-15.

Devon O’Regan, Preegan Gungaraj, Yuvir Ramjit and Quwin Naidoo combined well to post a 24-22 lead. When O’Regan rose to pound a quick set from Ryaan Lahldas the Buffalo blockers froze in defence as the ball bounced off the court and into the stands. Rhinos clinched a hard fought 25-22 win.

With Rhinos first team setter, Sholen Govender being thrown into the fray to take charge of the offensive play the home side fans expected a runaway 3rd set victory.

The fans had to contend with disappointment when the Buffaloes fought toe to toe with their team to level the score at 12-12.

When ever Sandile Khoza connected with mercurial playmaker Sholen Govender’s well placed sets the former’s quick elevation off the floor gave him blistering power to blast the spikes out of his opponents reach. While Mthobisi Twala was strong in defence at the net neutralising Rhinos attack from time to time team mate Sizwe Mchaise’s ability to “wipe”the attack off the blockers’ outside hand yielded a few valuable points to close the gap at 17-15.

Undeterred by their opponents fight back Rhinos attack force led by skipper Quwin Naidoo put some “daylight” between themselves and the Mpumalanga Buffaloes when they put a few quick points on the board to post a 23-17 lead. A punishing middle attack from Yuvir Ramjit brought the Rhinos one point away from victory.

Limpopo’s Mapungubwe Warriors registered their second win on Day 2 when they defeated Diamond Kudus from the Northern Cape in straight sets, 25-10, 25-16; 25-7.

Sadly for the Diamond Kudus their opening encounter against favourites Gauteng Thunderbolts took its toll on the newcomers to national competition.

Warriors win against the Buffaloes made them confident of edging out the Northern Cape outfit in straight sets.

Fighting off fatigue and dealing with their opening match defeat a crestfallen Diamond Kudus succumbed a 25-10; 25-16; 25-7 loss to sink to the bottom of the table standing.

They face North West Dynamites in the first match on Sunday morning.

It seems that Western Cranes have focused their sights on reaching the podium as the winners of the inaugural 2018 National Volleyball League (NVL) when they posted a straight sets win (3-0) against the FS Giants who were rather unlucky to have been pitted against the competition’s top two teams in the opening leg of the competition.

The Free State youngsters were no push over as they have a talented line up but lacking in experience playing against top flight teams. Even with a star studded line up the Capetonians were made to fight all the way for a closely contested 25-20 first set win. The hall marks of the set were the blistering attacks and a string of solid blocking that thrilled the fans.

Darren Lewis, the Western Cranes’play makers’ ability to vary his sets brought the best out of his attackers to stay ahead in the set. Prolific attackers Ivan Solomon, Clinton Stemmet and Velisa Ntshentshu had a field day racing to a (25-17) 2nd set win.

Refusing to roll over and play dead in the face of Western Cranes rampant attack force, Giants setter Thabo Mokoena took the match by the scruff of its neck and gave his attackers Lemohang Possa ,Tsepho Tsoanamatsie, Koali Possa and Perceverance Mohapi ample opportunities to turn the tables on their more fancied opponents.

The crowd loved every bit of the explosive action meted out by the teams.

Finally it was the experience of the Western Cranes that gave them the edge to clinch the 3rd set with a hard fought 25-19 win.