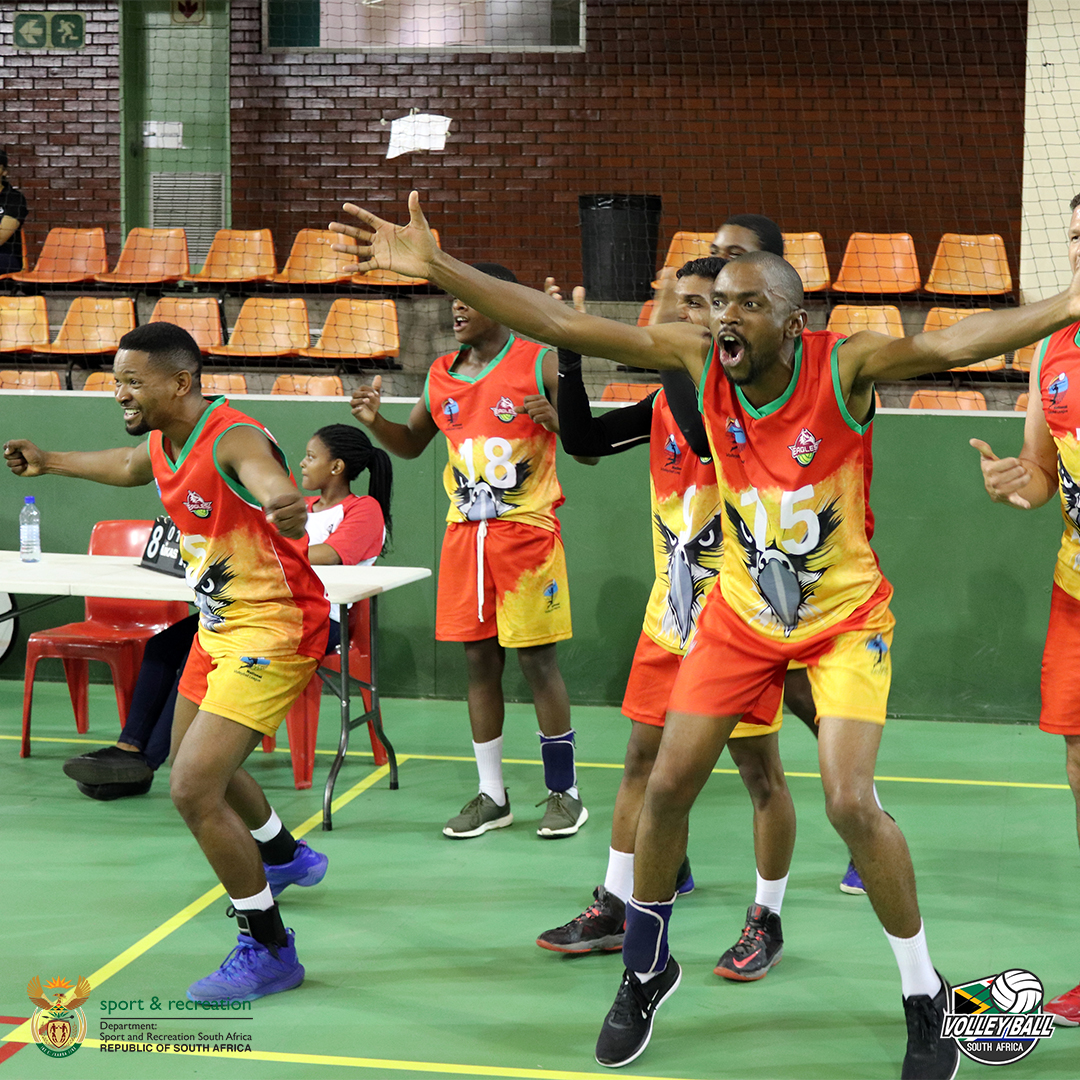 With SRSA’s #Cant stop the rise at the back of their minds the Western Cape outfit did not disappoint a they took a commanding 21-12 lead in the first of a five set match. Western Cranes’playmaker, Darren Lewis’ skilful use of his attack force of Clint Stemmet, Ivan Solomon, Ethan May and Velisa Ntshentshu put paid to any attempts by North West Dynamites to turn the tables on the tournament favourites when they unleashed a volley of attacks to race to a 25-15 win. What was abundantly clear was Dynamites’ lack of experience at this level of competition. While the North West team have a few player of note who can challenge opponents at the net if they work hard as a team on service reception and increasing the pace of sets to their attackers.

However with a tight grip on the encounter the Capetonians continued with their winning ways by marching to a quick fire 25-8 hammering. North West Dynamites went on to succumb to a 25-14 defeat in the 3rd set.

Given the pedigree of the Gauteng team their fans expected a quick straight sets victory. However things panned out differently.

Not to be outdone Giants’ diminutive playmaker, Thabo Mokoena steered his team into contention with well placed sets that brought the best out of Lemohang Possa, Koali Possa, Tshepo Tsoanamatsie and the lanky Perceverance Mohapi who reminded the more fancied Gauteng lads that they have a fight on their hands.

Whenever Gauteng Thunderbolts’ “Hit Men” Oscar Mthobisi and Thabiso Lekoloane were in the front court they wreaked havoc thus taking the opening set with a 25-21 score line.

The entertaining 2nd set was a fierce display of power volleyball in which both teams threw caution to the wind and faced each other with sheer venom. Thunderbolts went on to win by a close 25-22 margin.

With a 2-0 lead in a best of 5 sets match an over confident Gauteng Thunderbolts took their foot of the pedal. With the fans firmly behind the FS Giants, playmaker Mokoena unleashed his  power hitters , the Possa brothers and Mohapi who posted a breath taking 26-24 win.

Gauteng’s domination at the net helped them edge out Giants by a hard fought 25-21 score line to wrap the encounter 3-1.

With an effortless 25-15 first set win the stage was set for a resounding Rhinos’victory.

Unfazed by the first set thrashing Eagles’former SA national team player, Peter Size turned on his magic with well placed down the line spikes that yielded his team valuable points. The Rhinos’ blockers had no answer for the wily Eagles’attacker.

Rhinos’ Devon O’ Reagan and Sandile Khoza joined skipper Quwin Naidoo to keep the KZN team’s  hopes alive of taking the set. Far too many service errors and lapses in concentration at crucial times cost the Rhinos the set as they slipped to a 19-25 loss to level the encounter at 1-1.

Sticking to their game plan the Kingdom Rhinos stepped up a few gears that put the match beyond the reach of their coastal counterparts.

In Day 2 fixtures Kingdom Rhinos will face Mpumalanga Buffalo while the EC Eagles will square up against North West Dynamites.