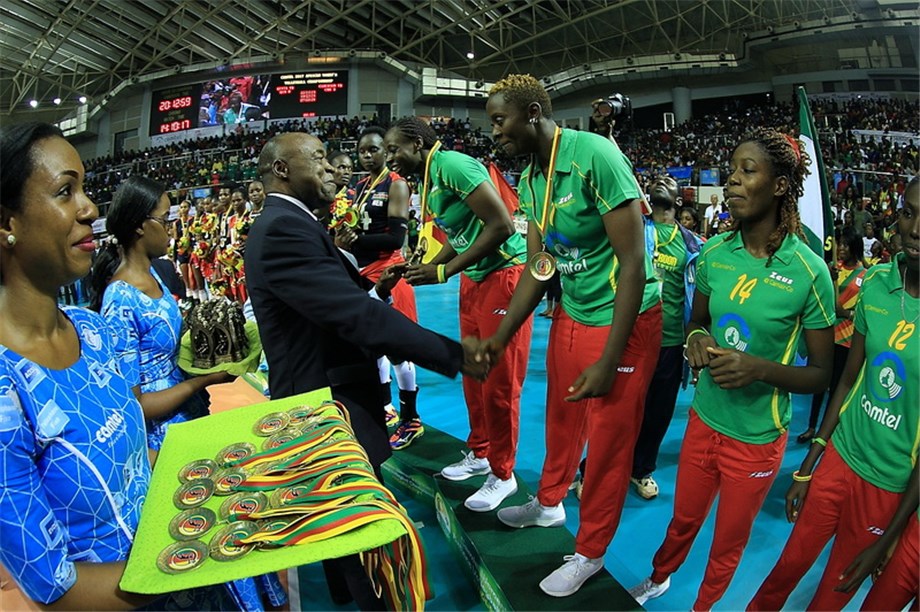 Yaounde, Cameroon, October 18, 2017 – The Cameroon women’s team etched their name in history at the weekend when they picked up their first ever title at the African Nations Championship in Yaounde and qualified for the FIVB Volleyball Women’s World Championship in 2018.

Despite taking part in more editions of the African Nations Championship than any other country – 14 out of 18, compared to the 12 of Kenya and Egypt – there was still a big hole in their record as they hadn’t taken the top prize, until now.

Cameroon had a 100-percent victory record in the competition, conceding only two sets in the nine-nation tournament.

The Cameroon Volleyball Federation, aided by the Ministry of Youth, did a great job organising the tournament with impressive opening and closing ceremonies. The strong spectator attendance at all the matches added to this success and gave African volleyball its own flavour.

CAVB President Dr. Amr Elwani’s meeting with the Cameroonian Minister of Sports, Bidoung Mkpatt, and Prime Minister Philemon Yang boosted the country’s development programme of volleyball at schools and added to the overall success and impact of the tournament.