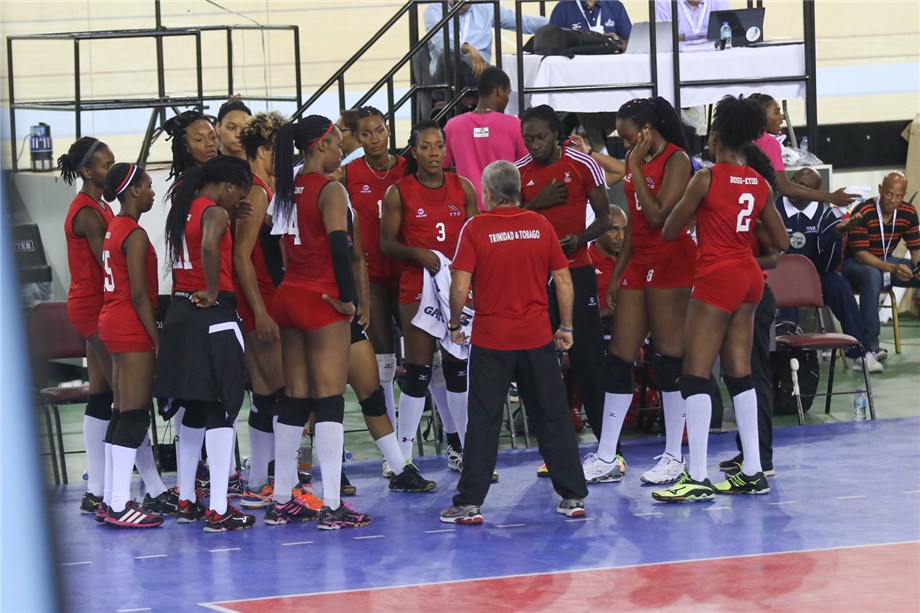 Port of Spain, Trinidad, October 17, 2017 – Trinidad & Tobago became the first ever country from the Lesser Antilles to qualify for an FIVB Volleyball Women’s World Championship on Saturday by claiming a place in the top two at the Group C NORCECA Continental Championship tournament which served as a qualifier for next year’s World Championship.

In the final match of the competition on Sunday, the Calypso Girls as they are known among their peers in the CAZOVA region of NORCECA forced the more experienced Mexico to a tie-breaker before succumbing.

It has been a long process to assemble a capable squad in a country dominated by soccer and athletics, cricket and netball. And the NORCECA development plan has played a key role as the sport continues expanding its popularity in the region in both volleyball and beach volleyball.

Cuban-born Francisco Cruz, who coached the Dominican Republic’s team for a few years, has been at the helm of the side since 2008 trying to create love for the sport and at the same time a competitive team that now dominates the Caribbean.

Cruz has scouted players all over the two islands that form the country and has been able to put together a group of big and athletic women who still need some polish but hit as hard as anybody.

They are led by the veteran and versatile Krystle Esdelle, a lefty with terrific power who can perform as setter and opposite, and outside hitters Channon Thompson and Darlene Ramdin.

“We have dreamed of this for a long time,” Cruz said. “Hopefully this achievement generates more support for our programme from the government and private agencies.” Cruz said.

“Our programme has been designed for Japan 2018 and getting the ticket comes as a big prize for all the girls who have struggled to keep playing volleyball through the years,” Cruz said.