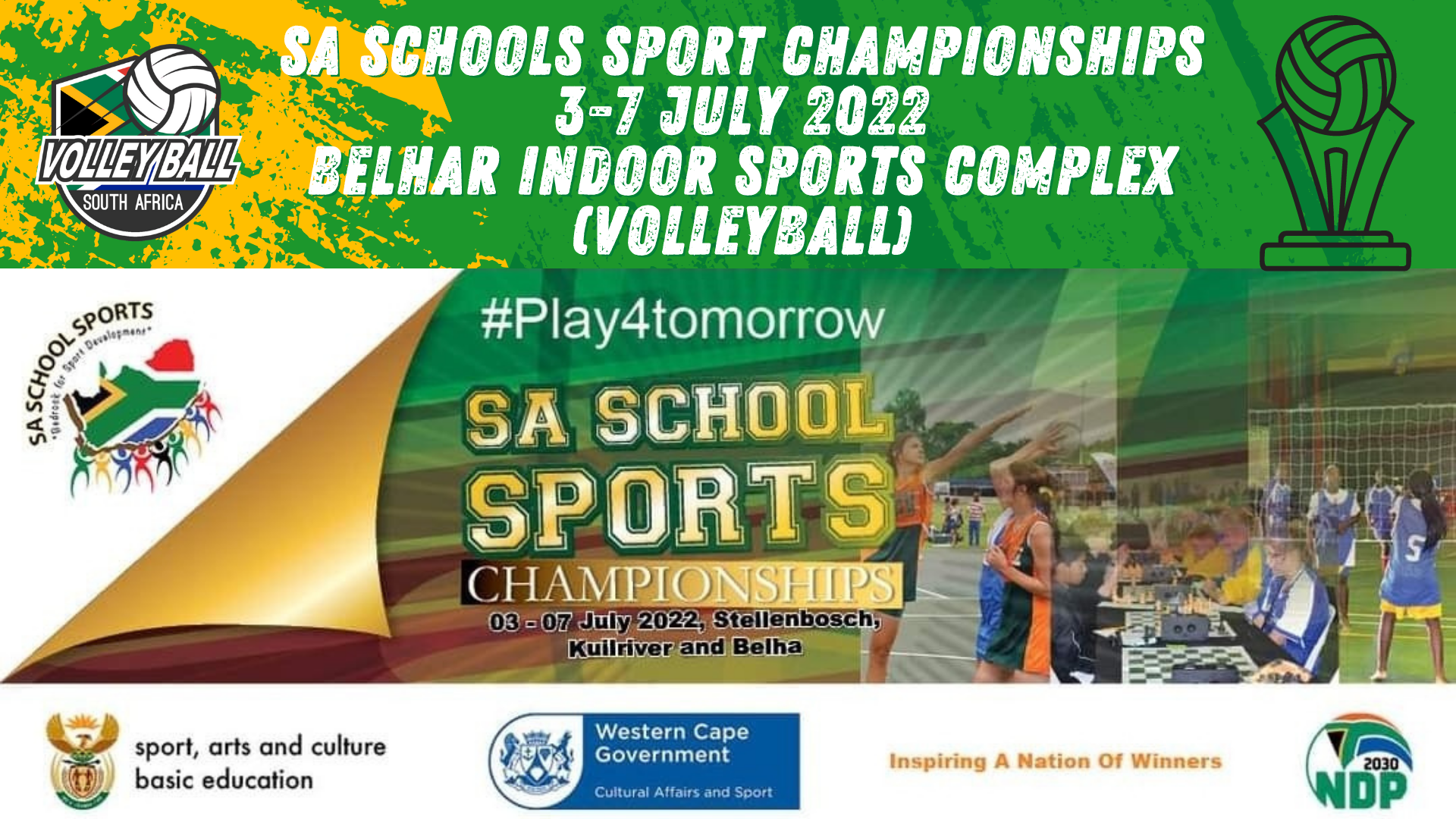 The penultimate day of the National Schools Volleyball Champs saw provinces making desperate
attempts to stake a place in the knock out stages of the annual showpiece staged at the Belhar
Sports Centre in Belville, Cape Town.

The u14 girls and boys’ teams were the ‘darlings’ of the tournament gracing the event with their
youthful exuberance and newly acquired skills that thrilled and entertained the crowd. In some cases
parents made the long journey to the Mother City to support their children.

In a hard fought round robin match Gauteng were made to fight all the way against KZN. The crowd
joined in the action as both teams kept the score board ticking evenly. Such was the pressure that
both coaches were on the side line shouting instructions to their young charges. When unforced
errors raised its ugly head in Gauteng’s back court, KZN were quick to capitalise and wrapped the
opening set with a 25-20 win.

The 2nd set was a marvel to watch as both teams threw caution to the wind and chose to attack
every set with the hope of posting quick points on the board. The Gauteng coach was mindful that
committing unforced errors will allow KZN to dominate proceedings. Strengthening his defence at
the net helped to contain the KZN attackers. The intensity of the battle on court to gain the ‘’upper
hand’’ could be felt by the spectators who applauded every point made by both teams. The tightly
contested 2 nd set was snatched by KZN who wrapped up the match in straight sets (2-0).

In the u17 girls’ division North West and Mpumalanga headed their respective groups.

In the semi-final clashes to be played on Wednesday, Mpumalanga will lock horns with Free State
while North West take on the Eastern Cape for places in the final.

Like their female counterparts the Mpumalanga u17 boys headed their group undefeated in the
round robin stage. In their final round robin match against Gauteng they posted a 25-20 and 25-16
score line to reach the final. Limpopo boys u17 team’s chances of booking a place in the final was cut
short by KZN who wrapped up the match in straight sets, 25-16; 25-17

In the boys’u17 semi final clashes Mpumalanga and Limpopo will contest the first semi final while
KZN will square up against the big blocking team from the Western Cape.