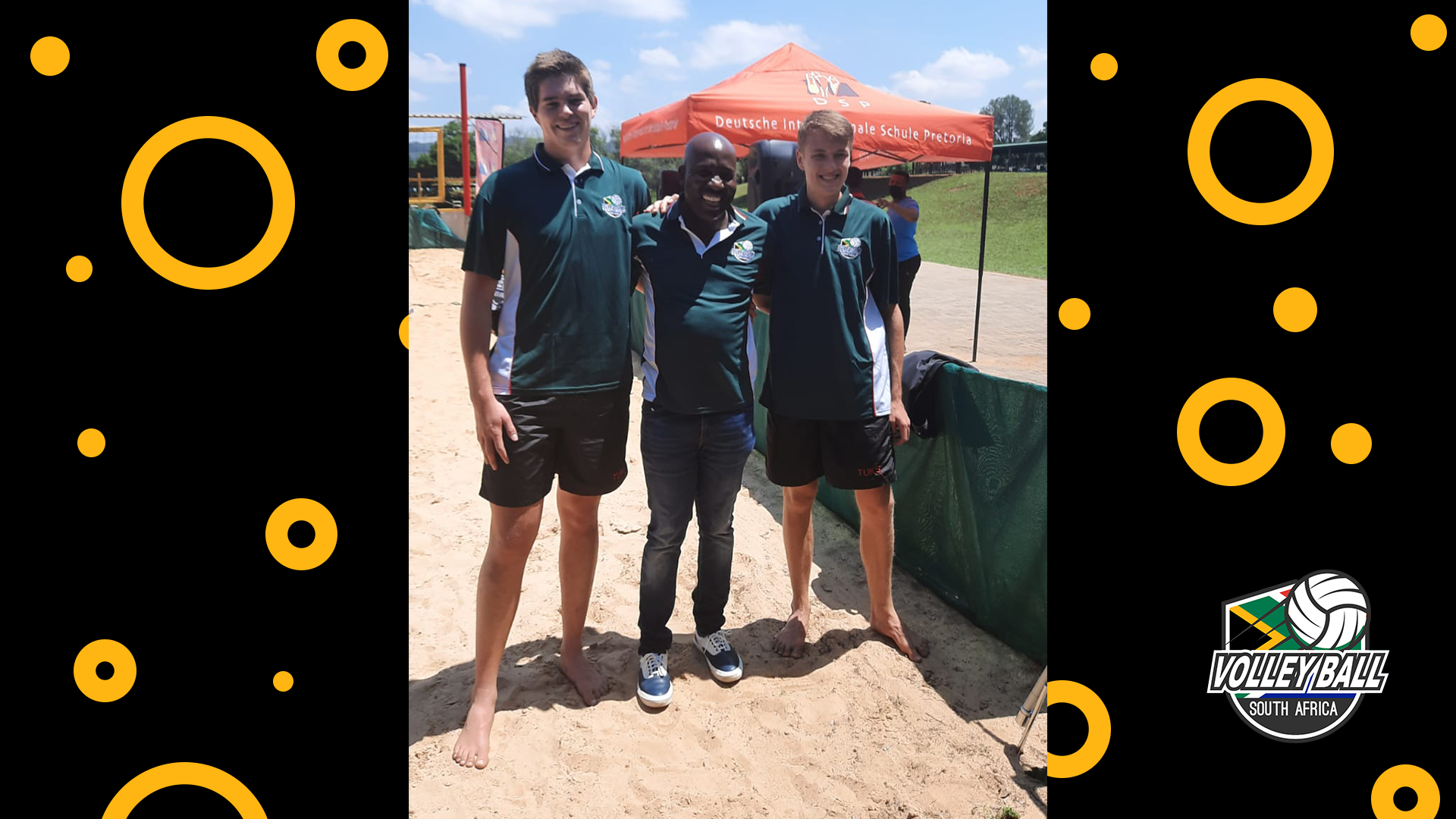 It gives us great pleasure to convey our congratulations to:

for being selected to represent South Africa at the FIVB u19 World Beach Volleyball Championship scheduled to be staged in Thailand from 3 to 8 December 2021.

In heaping praise on the Pretoria school boys VSA President Mr.Anthony Mokoena said that he was confident that the youngsters will proudly fly the South African flag and march all the way to the podium as medallists at the global event in Thailand.

VSA has appointed Mr.Uzebenathi Ntumbu from Gauteng as the Coach of the team. While the VSA Vice President Mr.Mike Makhubela will be the Head of Delegation for Team South Africa.

The team held the remarkable media launch yesterday (10 November 2021) at Deutsche International Schule in Pretoria. The launch was blessed by the VSA Vice President Mike Makhubela, learners, parents, Tuks volleyball members and members of the media.

Our best wishes go to the players and officials.