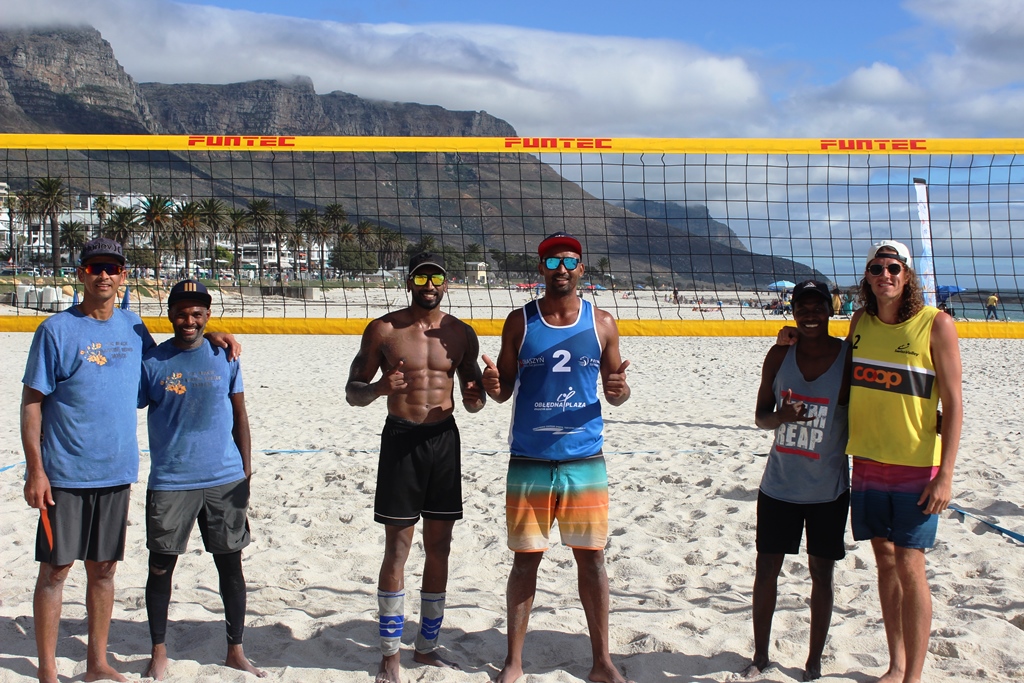 South Africa completed its 3rd Leg of National/FIVB Homologated Beach Volleyball Tour which were held on the 3-4 April 2021 at Cape Town, Camps Bay. The National/FIVB Homologated Tour was attended by 16 teams on the men’s category. Meanwhile, The President of Volleyball South Africa (VSA) Mr. Anthony Mokoena encourages provinces to support their women teams to participate in the tournament.  The Tour was also blessed by SA players who are based overseas by the name of Leo Williams from Czech Republic and Shaien Govender from Australia.

Leo Williams after his partnership with Jamaine Naidoo were crowned the champions expressed that it was great to compete on his home soil after a long time. Leo further said the competition was not tight compared to the European ones, in SA the competition gets tougher from the quarterfinals stage meanwhile the European competition get tough from the get go. Williams thinks that their (players) performance was somehow disrupted by the break imposed by COVID-19 and thus means a lot needs to be done once the final team is announced to face  their counterparts at the Continental Qualifiers for Tokyo Olympics.

The results are as follows:

The top 3 positions are as follows:


The Fourth Leg of South African National/FIVB Homologated  Tour will take place  on the 10-11 April 2021 at Cape Town, Camps Bay.