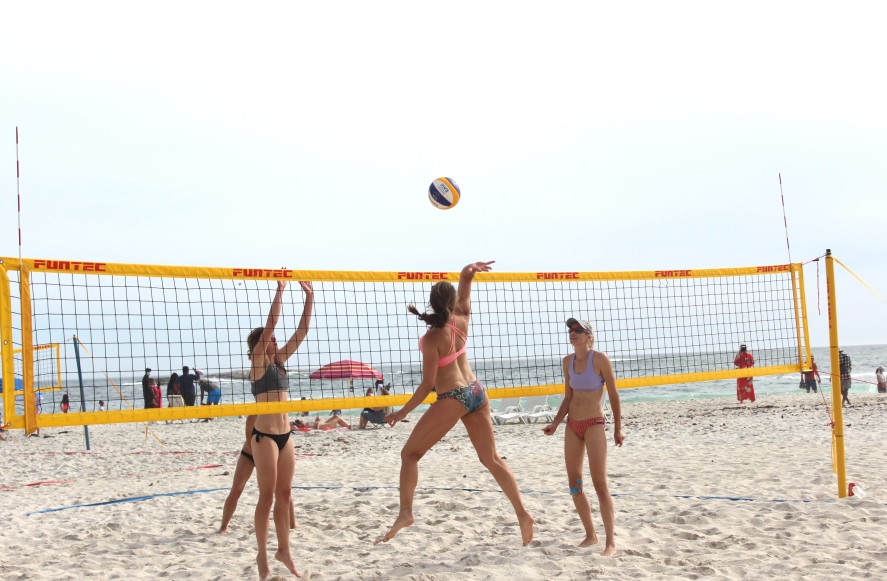 South Africa displayed a great improvement at its 2nd Leg of National/FIVB Homologated Beach Volleyball Tour which were held in Cape Town, Camps Bay on the 27th and 28th March 2021. The two days’ event was attended by 16 teams on men’s division and it was blessed by 6 teams on women’s division. The turnout showed great improvement compared to the 1st leg of the Tour which was attended by at least 8 teams on men’s side while women did not attend at all.

The 2nd Leg of the National Tour took place few days after CAVB has released a communique with details regarding the tournament format and dates of the Olympic Qualification. CAVB indicated that they received approval from FIVB to host the 2nd Phase and Finals of the CAVB Beach Volleyball Continental Cup (2018 – 2021) Qualifiers under Secure BUBBLE Concept Organisation; that is both gender in a single venue and at the same time. CAVB confirmed that the competition will be held from the 21st to 27th of June 2021 and the venue will be confirmed in due time.

Mr. Loet Groenewalt, the VSA’s Technical Director was excited by the turnout and the competition standard displayed at the 2nd Leg of the Cape Town Tour. “My wish is to see more teams participating in the next leg particular women and young stars” said Loet Groenewalt. Meanwhile, the VSA’s President, Mr. Anthony Mokoena was overwhelmed by how the competition unfolded and he is pleased to see RSA athletes’ eager to qualify for the Olympics. He further thanked Western Cape Province as the host and the organisers for the job well done.

The results of the 2nd Leg  of RSA’s Beach Tour are as follows:

We await to see who gets crowned the champions in the next RSA Tour on the 3-4 April 2021 at Cape Town, Camps Bay.