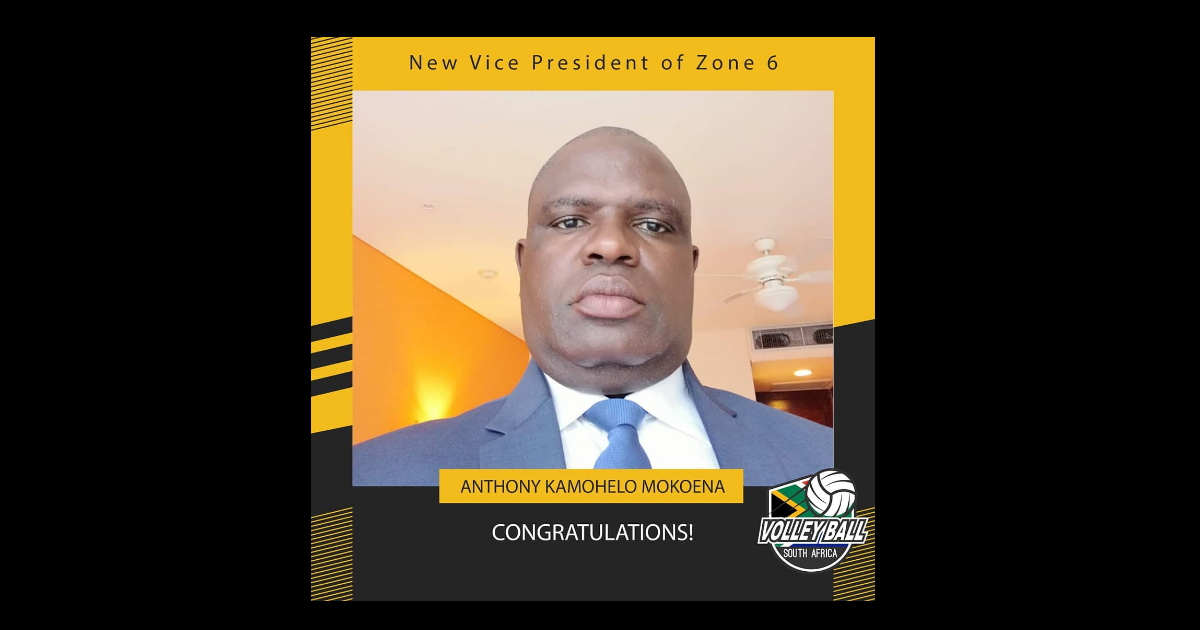 It came as no surprise when the delegates backed Mokoena as the Zone V! second in charge when the Zone hosted its 2020 Elective Congress virtually in November. The Zonal Elective Congress was graced by the newly elected President of CAVB, Madam Bouchra Hajij from Morocco.

After the election results were announced an emotional Anthony Mokoena reflected on his involvement in volleyball that spanned a 32 year period when he started his career as a manager of the Mickey Mouse Volleyball Club that catered for both boys and girls.

Given Mokoena’s managerial and administrative expertise the Free State Volleyball Association convinced him to serve as its Development Director, a crucial portfolio that spearheads programmes to grow the sport in the Free State Province.

Coming into regular contact with youngsters who were passionate about playing the sport at club level prompted Anthony Mokoena to start his own club in 1995, the 76ers a broad based club comprising youth girls and boys and women and men. The club went on to participate at district, provincial and national competitions over the years.

As an executive member of VSA Mokoena served the organisation as a manager of various national teams for a number of years at international competitions on the African continent and in Asia.

In 2009 Anthony Mokoena had the privilege of being appointed as the Head Coach of the SAPS National Women’s Team for the prestigious Police and Fire Games hosted in Vancouver, Canada.

In 2013 Mokoena was elected as the Vice President of the SAPS National Volleyball Executive.

The long journey to the top position of Volleyball South Africa’s Executive shortened drastically when the VSA membership gave Mokoena the thumbs up sign in the run up to the 2016 elections.  They went on to elect Mokoena unanimously as the President of the National Federation (VSA).

As the President of VSA seeking a 2nd term in office Mokoena has set his sights on transforming the sport as per the Government’s Transformation Charter at the level of the executive, national team officials and in the national teams. Mokoena makes it know all the time that he is passionate about the growth of female players and in particular women serving at all levels of administration: district, provincial and national levels.

According to the VSA President plans are afoot to usher in the changes recommended by the Government.