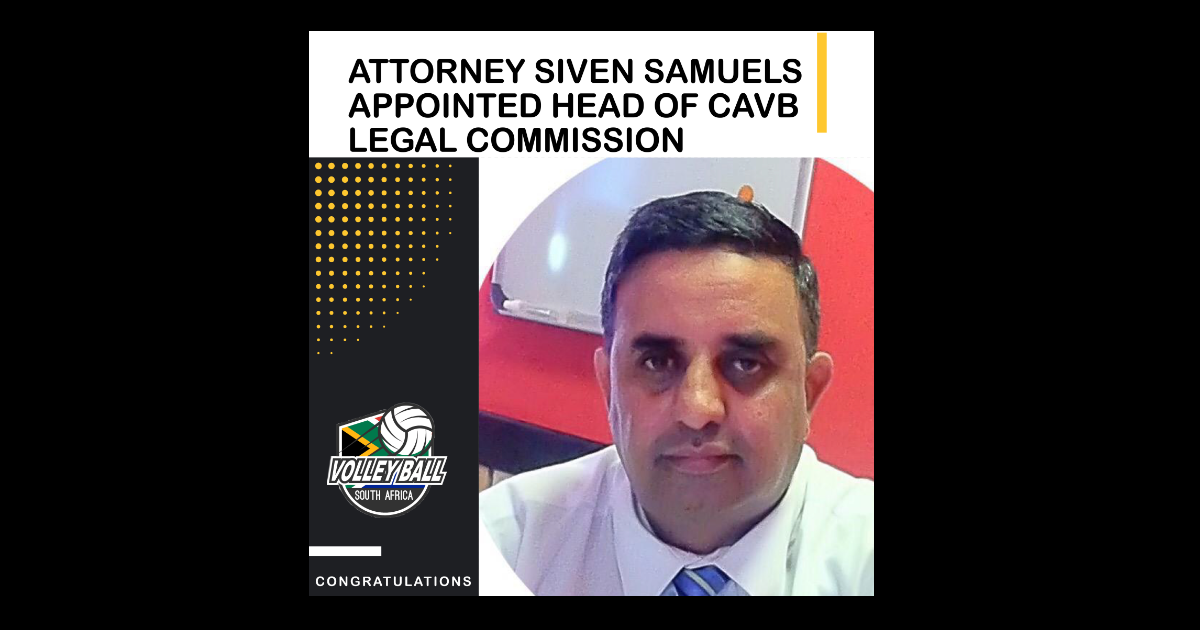 The recent Confederation of African Volleyball’s (CAVB) 2020 Elective Congress held virtually in October ushered in a change in leadership of the organisation for the first time in twenty years.

One of Madam Bouchra’s many tasks as the new President of CAVB was to put together a delegation to facilitate the hand over process from the previous administration headed by Egyptian, Dr.Amr Elwani.

Given that Attorney Siven Samuel serves as the Secretary of the FIVB Legal Commission, Madam Bouchra wasted no time after her election as CAVB President to appoint Samuel as the Head of the CAVB Legal Commission. Samuel is presently in Cairo to co-ordinate the hand over process of moving the CAVB seat of power to Rabat in Morocco.

According to Samuel exciting times are on the horizon for key VSA officials who are expected to play a major role both at the African continental and global levels. Besides Siven Samuel’s appointments at the CAVB and FIVB , VSA President Anthony Mokoena was elected as Vice President of Zone V1 at their 2020 Elective Congress.

In heaping praise on Samuel’s appoint as the CAVB’s Legal Commission Head, VSA President Anthony Mokoena said that the National Federation continues to benefit from the wealth of experience and knowledge of Attorney Samuel both as a seasoned lawyer and an experienced sports law practitioner. Mokoena went on to say that VSA is extremely grateful that Siven Samuel’s work done after hours are done on a Pro Bono basis.