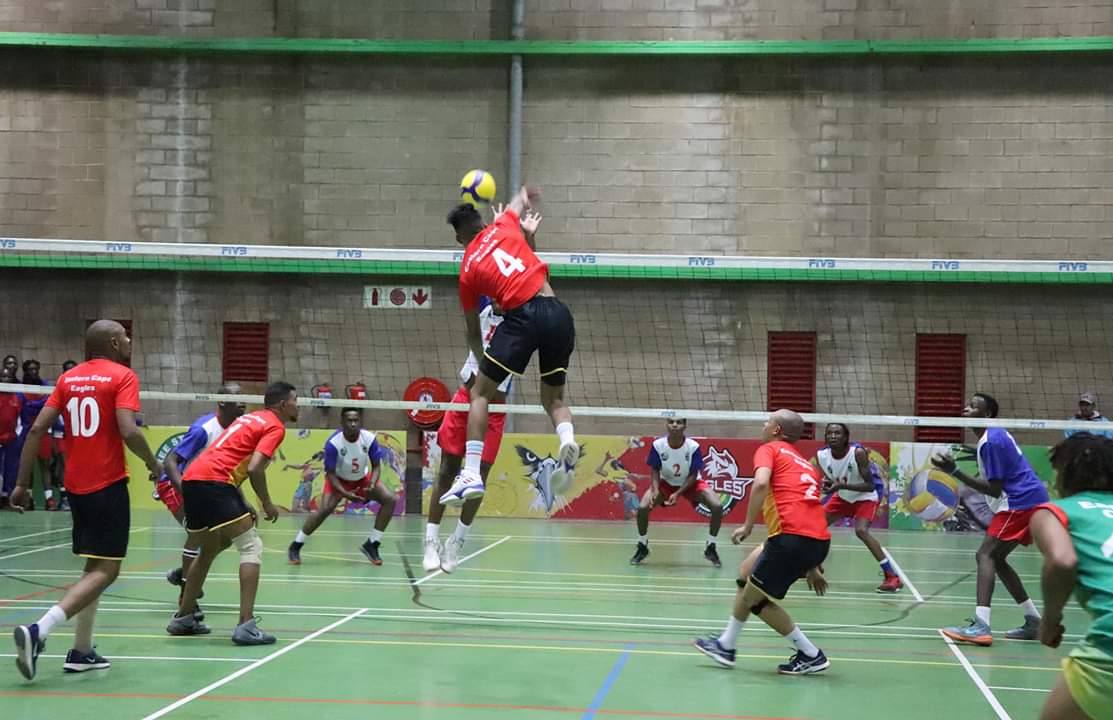 Johannesburg – Yaseen Hendricks who hails from Port Elizabeth in the Eastern Cape says lockdown continues to frustrate volleyball athletes since they are no longer able to participate in the sport they love.

The 22-year-old rising star Yaseen was looking forward to advancing his game and to assist the struggling Eastern Cape Eagles in improving their rankings at the National Volleyball League (NVL). Furthermore, Yaseen expressed that being selected to be part of the Eastern Cape Eagles to represent his province at the National Volleyball League remains the greatest and most exciting highlight in his volleyball career since the NVL is the most prestigious volleyball tournament in Mzansi.

Even though he collected a number of accolades at school-based competitions on a provincial level, Hendricks’s talent was spotted at the 2017 U/21 National Beach Volleyball Splash Tournament (which enjoyed SuperSport TV coverage) where he and his teammate emerged as the tournament champions. The duo, Yaseen Hendricks and Sureshan Moothoo, emerged as the champions at the 2017 Annual Splash Beach Volleyball Festival after defeating their rivals from Limpopo, the partnership of Sedupa “Thabiso” Seabela and Kgolla “Baker” Maboa in the finals. The young and promising star is still battling to make his first appearance in the national teams and he cannot wait for this dream to come true.

The Volleyball South Africa’s Media & PR Director, Jacob Thamaga had a chat with him and this is how the talk unfolded:

1. How have you been coping during lockdown period without Volleyball actions?

The lockdown period that we are facing has definitely been challenging to many of us as volleyball athletes. You know, besides the love I have for the game, volleyball has been the main thing that motivated me to stay fit and healthy, and not being able to play the game or attending matches really has affected me negatively.

2. What were your 2020 goals and where do you see yourself in a few more years to come?

The goal that I have initially set out for myself for 2020 were that I intend to focus and work hard on my weaknesses in volleyball so that I may understand where I am going wrong and be able to correct it and better my game. By doing this, I would like to showcase my ability and hopefully represent South Africa as it is definitely my dream to do so. The plan moving forward is to maintain a healthy and positive mindset during these uncertain times we face. By having this mindset, I believe that I will be able to accomplish all the goals I set out for myself.

3. There is a perception that sports delay academic progress, how can you advise fellow students athletes out there?

It is always difficult and challenging to balance both academic and sport activities, but it is crucial that as an individual you understand that both sport and academics/career are important and that you need to balance both in order to make sure that none of them is neglected.

4. What is your remarkable Volleyball highlights?

A remarkable highlight for me would definitely be when I was chosen for the National Volleyball League (NVL), that is where I had to apply all my hard work and training because this tournament consisted of the best of the best from different provinces. This I consider a pinnacle point for my volleyball experience because I was a junior against highly experienced counterparts.