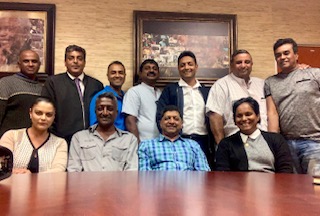 The Interim KZN Masters and Social Volleyball Association was officially launched recently at the Liberty Hall in Avoca, Durban.

The meeting decided that the Head of VSA’s Legal Commission, Attorney Siven Samuel, would draft the constitution for the newly formed body.

Reddy expressed VSA’s gratitude to LSV for forging this partnership with KZN Volleyball .

‘We envisage  Masters and Social Volleyball will extend to the most remote regions of KZN  given the LSVs  track record of hosting highly successful social volleyball tournaments at various in the province.’, added Reddy.