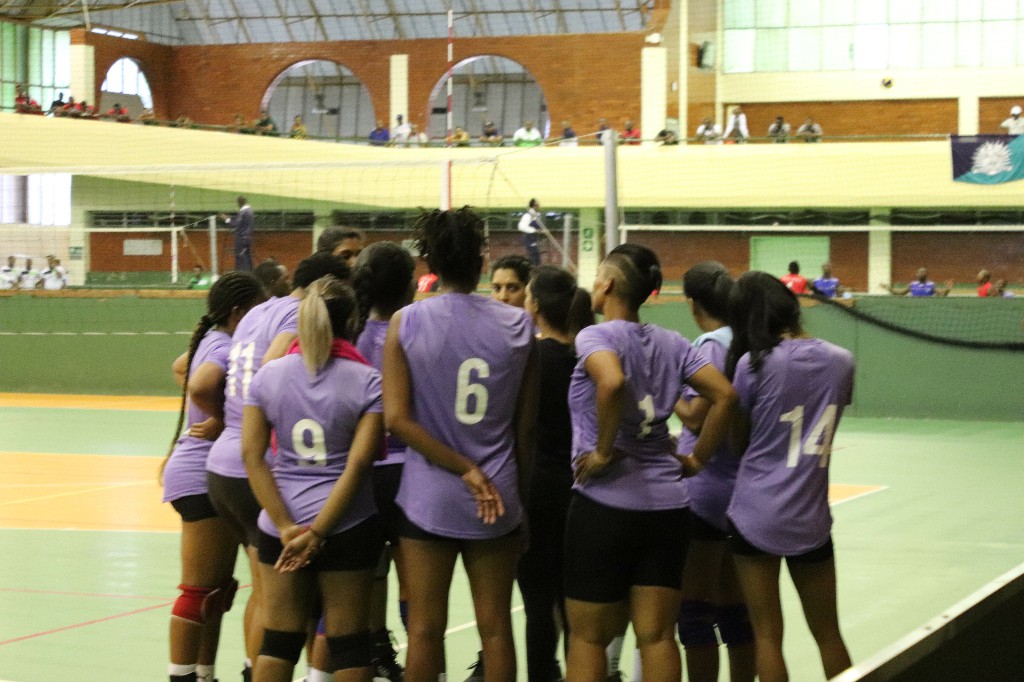 The South African female contingent that participated at the 2018 African Zone 6 club championship had a wonderful experience of pitting their skills against the Zone’s top contenders from eight of the zone’s ten countries. While “its a learning experience” is often bandied around especially when teams do no not achieve the desired results, coaches need to implement the “experience” that they had at this tournament with their respective teams.

Height, powerful attacks and blocking and agility were evident in the visiting teams.

“Its time for our clubs to come to par with the rest of the zone’s members,” said one of the team’s officials who indicated that he was going to make some serious changes in his team for the next Zonal club championship.

DUT’s first two sets against Kutlwano of Botswana was a closely contested encounter filled with exciting volleyball action. In the opening set the Botswana ladies scraped home with a 25-23 margin much to DUT’s disappointment.
The home side bounced back to edge out the more fancied Kutlwano by a breath taking 30-28 score line.

One would have expected DUT to continue with their winning ways in the 2nd set but sadly things went pear shaped with the South Africans being bundled out by an embarrassing 25-4 score. DUT lost the 3rd set by a 25-12 score line.

DUT’s final round robin match was crucial to them as victory against Mozambique’s Universidade Pedagogica Nampula will ensure an automatic spot in the exciting knock out stage. However, the vast experience of the Mozambiquean team at this level of competition was the decisive factor in UPN breezing to a straight sets victory,
25-11; 25-13; 25-16 to book their place against Namibia’s Revivals in the knock out stage.