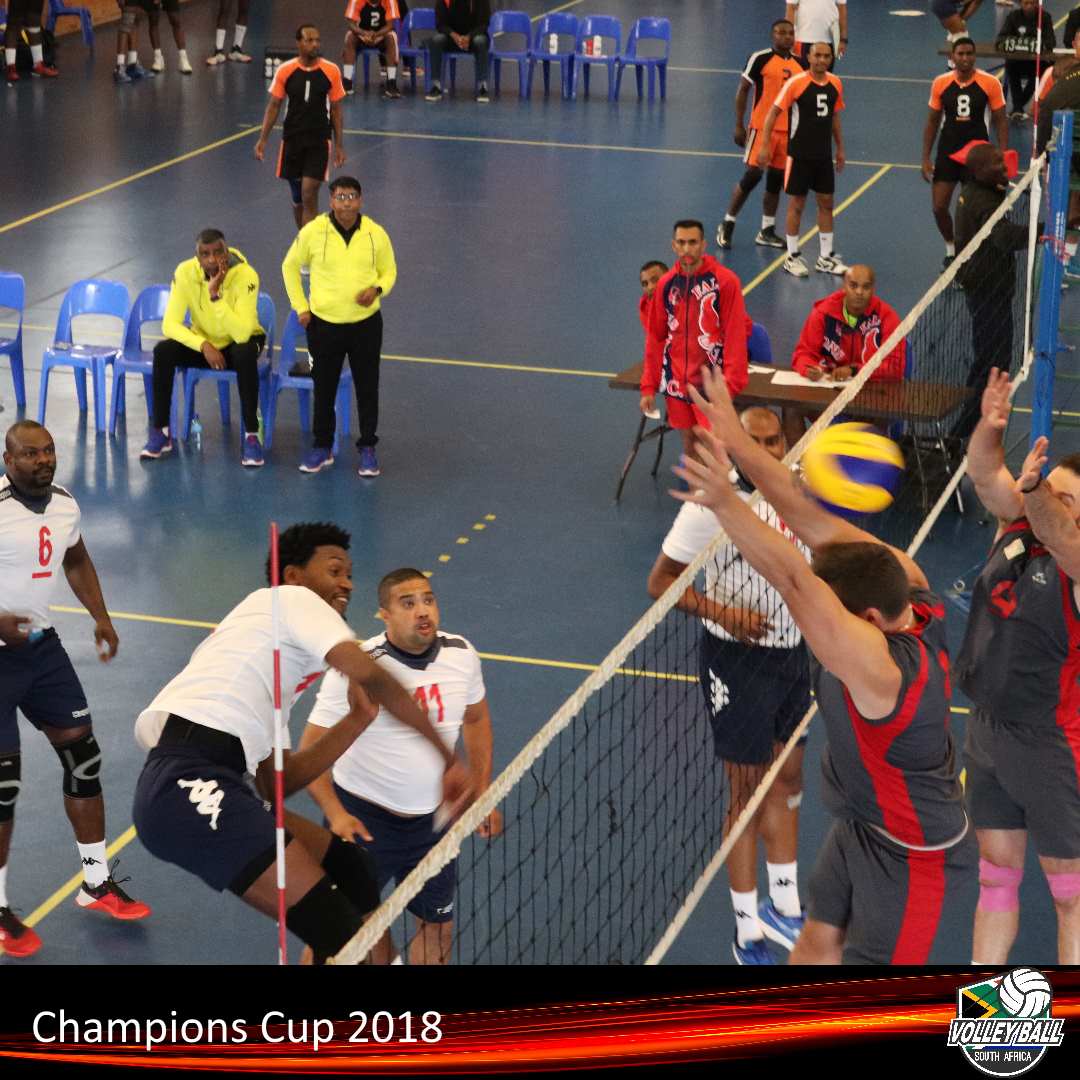 It came as no surprise when the eight (8) teams viz. Delfos, VUT, Liberte, Quantum, UWC, DUT, UniJozi, and UKZN that were tipped to be the front runners in the tournament reached the quarter finals in the men’s category.

However the match of the day was the contest between Liberte  from Kwa Zulu Natal and Gauteng’s Vaal University of Technology (VUT), a match of great intensity that was interrupted from time to time by what were perceived as dubious decisions by both the first and second referees.

When the hard hitting VUT thrashed Liberte by a 25-14 score line in the opening set it seemed that the KZN’s team of reaching the podium as medallists were snatched from them. Realising that losing the 2nd set will spell doom, Liberte put their faith in their attacking force led by Loueshan Gungarajh, Yuvir Ramjit and Trueman Xulu who went on to clinch a 25-20 win to level matters. VUT posted a 25-23 win in the hard fought 3rd set to keep their hopes alive of reaching the semi final stage. Urged on by their fans Liberte deservedly wrapped up the 4th set by a 25-21 margin that forced the encounter in to a deciding 5th set.

With the crowd expecting greater fire works in the 5th set the teams did not disappoint as power attacking, co-ordinated blocking and frantic attempts by the back court cover players to recover balls that came off the blockers outstretched hands became the order of the day. With the score board ticking evenly the  fans were on the edge of their seats as both teams threw caution to the wind and attempted to blast their way to victory. The tightly contested set could have gone either way when the scores reached  a heart stopping 14-14. Yuvir Ramjit and Loueshan Gungarajh must be credited for their sterling contribution as quick middle attackers that gave Liberte the edge with a 16-14 victory.