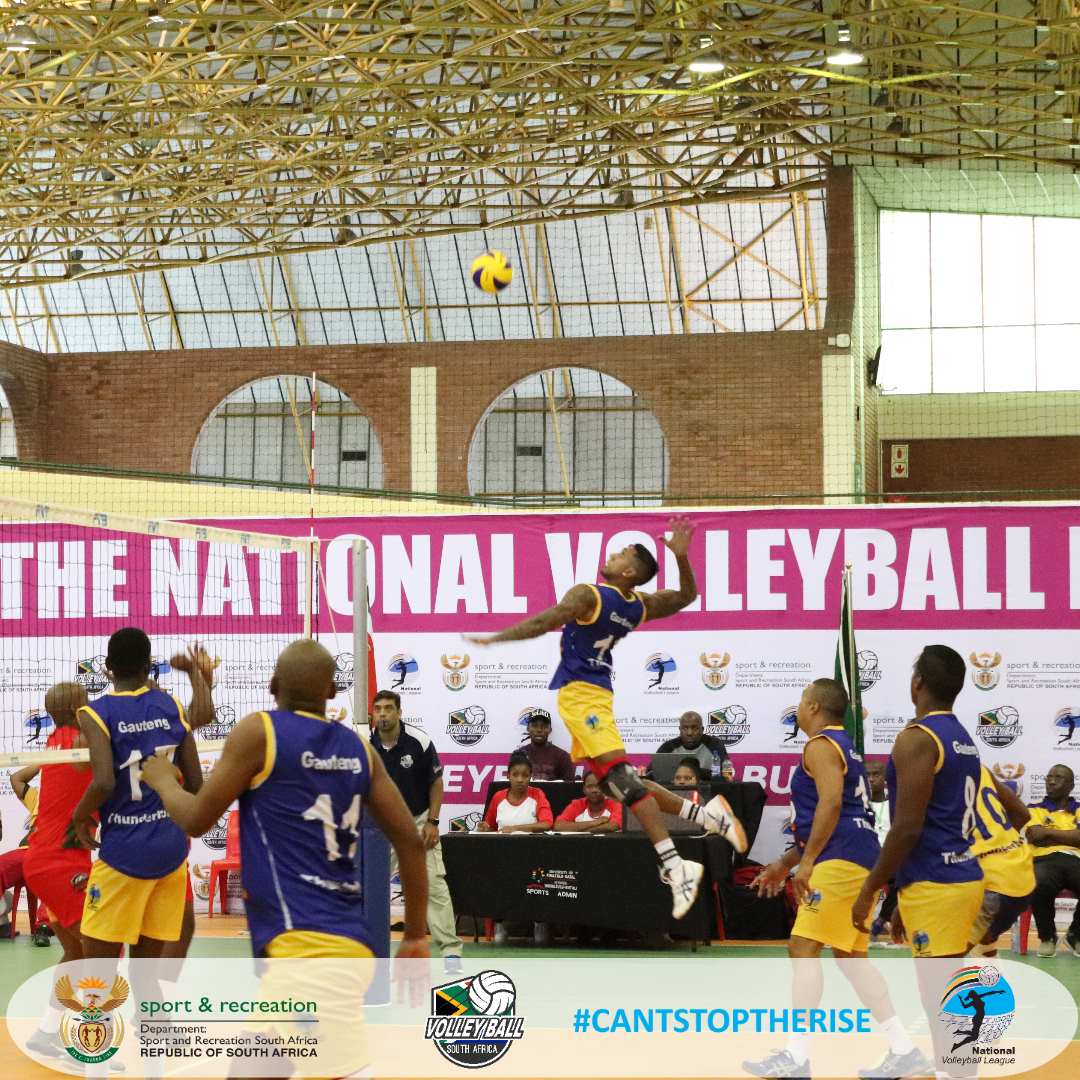 One would have easily mistaken the bronze medal match between the Gauteng Thunderbolts and Limpopo’s Mapungubwe Warriors as a Gold Medal encounter. The match had all the trappings of an intensely fought final with powerful attacking, solid blocking and the occasional deft touches into unguarded territory that caught cover players flat footed.

The explosive opening set ,set the stage for a “death do us apart” encounter in which the score board was kept ticking evenly. With the match in full throttle the crowd lapped up every bit of the action with the Gauteng Thunderbolts sneaking in with a nail biting 25-23 win.

In the second set the Mapungubwe Warriors gained a slight edge over their more fancied opponents from the “City of Gold” The set scores were levelled (1-1) when the Warriors closed proceedings with a 25-23 score line .

At 19-19 in the 3rd set the encounter was poised to go down to the wire. The Thunderbolts Keifer Govender struck a few body blows that gave the them the edge only for the Warriors’ prolific attackers Abram Mapharumela and Jonas Otsweleng firing at every available opportunity. They posted a hard fought 25-21 win to take a 2-1 lead.

The 4th set will be seen as crucial to both the Thunderbolts and the Warriors as for the former a loss will mean being relegated to the 4th position in the NVL while for the Warriors a win will earn them a bronze medal position.

Continuing with their winning ways the Warriors made maximum use of their dare devil attack force of Mapharumela and Otsweleng.

The Thunderbolts’ Oscar Lukhele chipped in with two crucial blocks and a few soft attacks set up by play maker, Warren Sieberts from the middle that that had the Warriors cover players in a state of disarray.

When ever the goings became difficult for the Warriors, setter Frans Lefawana turned to attackers Abram Mapharumela and Jonas Otsweleng who did not disappoint as they rose to the occasion and delivered. This time setter Lefawana wanted his attacking machine to end proceedings in grand style with a victory over the Gauteng Thunderbolts. The duo responded with sheer power and wrapped up the set with a 25-21 score line to become the bronze medallists of the inaugural 2018 National Volleyball League.