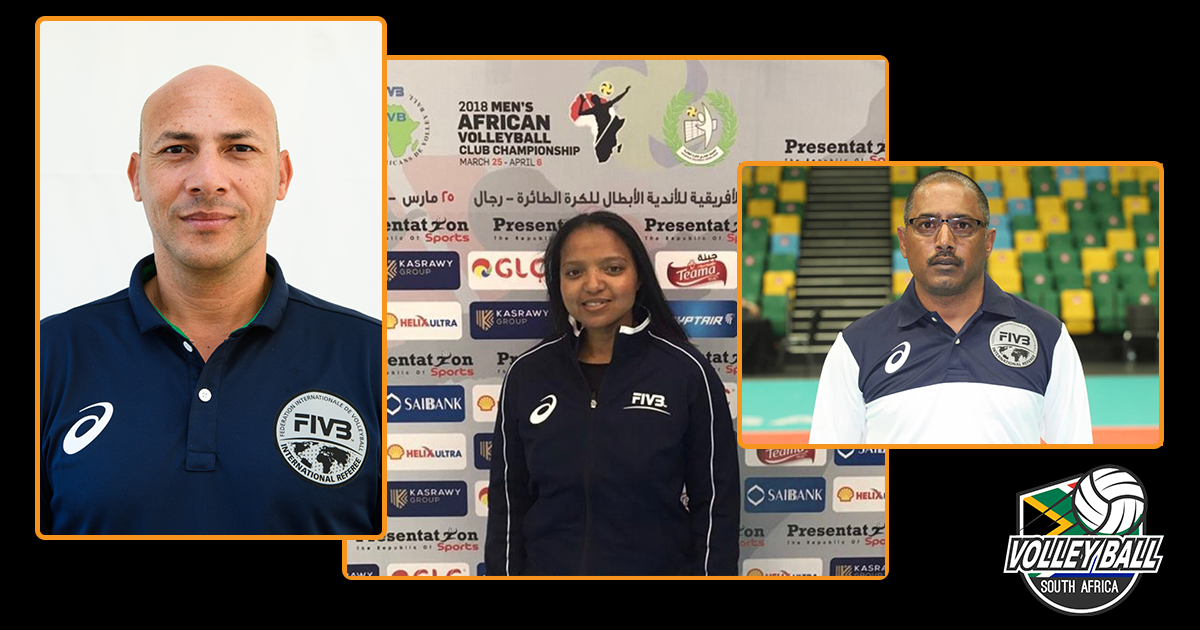 FIVB International Indoor Referee, Dhevan Govender’s experience in the discipline spans two decades. Apart from officiating at several continental championships Dhevan recalls his stint as a neutral referee at the 2021 African Nations Women’s Championship in Rwanda and the under 19 men’s World Championship in Tunisia.

FIVB International Indoor Referee, Ms.Tania Lewis is the only accredited female indoor referee in South Africa. While Tania officiated at the national level over the years her highlights include refereeing on the international stage at the African Zone 6 competitions, Region 5 Games and the BRICS Games.

FIVB International Beach Volleyball Referee, Giovanni Bake is the only accredited beach volleyball referee in South Africa. Gio qualified as an international referee in 2011. To-date his highlights include refereeing at several FIVB World Beach Volleyball Championships especially in Europe. Giovanni’s outstanding performance at the World Championship caught the attention of the FIVB who went on to appoint him to officiate at the Rio Olympic Games in 2016 and the 2020 Tokyo Olympic Games. A huge accolade for Giovanni Bake and South Africa is that he was the only beach volleyball referee from the African Continent appointed to officiate at the Tokyo Olympic Games.