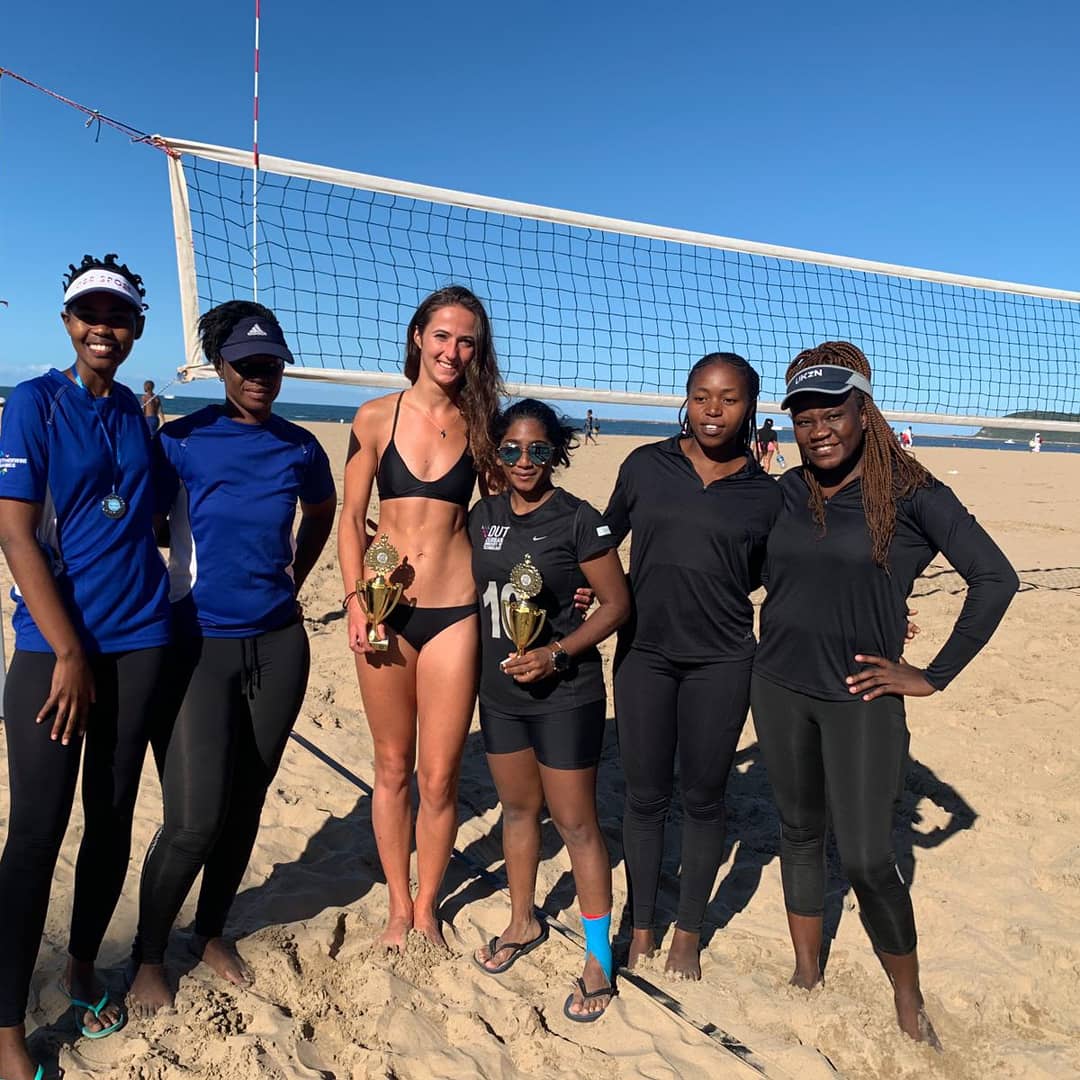 
Volleyball South Africa (VSA) concluded its 7th Leg of FIVB Homologated Beach Volleyball Tour which took place on the 1st and 2nd of May 2021 at New Beach in Durban. The  Durban Tour was attended by 23 teams on men’s section and 8 teams on women’s section.

Shaien Govender an SA star based in Australia expressed himself after him and the partner Leo Williams were crowned the champions, he indicated that it feels good to be back home and compete on home soil. Govender added that, he is impressed by the current standard of volleyball in South Africa since players display an extremely great performance. The 38 years old star further alluded that he is certain that almost all the athletes are grateful to VSA and the hosting Provinces for staging these FIVB Homologated Beach events during tough times. “It’s also great to see so many old and new players coming out to play” said Shaien. Shaien further shared his sight over the Tokyo Olympic qualifiers by stating that SA stands a great chance of qualifying since we have  a pool of old and young experienced players who are available for selection to represent SA with passion at the final stage of Olympic Continental Cup Qualifiers.

Keshnee Moodley was also excited  after winning 2 legs consecutively on women’s section. “The results have given my partner and I, a massive boost and built up for the rest of the upcoming tournaments” said Keshnee. “It’s also great to know that even though we have not been playing any competitive volleyball since the outbreak of COVID-19, the hard work and dedication with regards to fitness and skills that we have tried to put in, during lockdown is definitely paying off” Keshnee added.

The results from the Durban Tour are as follows:

The team of Portia Motlokoa and Busisiwe Maphosa claimed the final spot after a highly contested clash  against the pair of Sphiwe Radebe and Nadia Riabkrathok by 2-1.

The squad of Sphiwe Radebe and Nadia Riabkrathok walked away with bronze medal   after overpowering the partnership of Ayanda Radebe and Melody Nyide by 2-1.

The defending champions Keshnee Moodley and Nina Wiesheryr managed to defend their gold accolade after outscoring the association of Portia Motlokoa and Busisiwe Maphosa by 2-0.

The squad of SA overseas based players consisted of Leo Williams and Shaien Govender reached the finals after outshining the local based young stars, the partnership of Jonas Mothobi and Mthokozisi Mdingi by 2-0.

Clinton Stemmet and Danilo von Ludwiger emerged victorious in a highly contested semi-finals after punishing the partnership of Jamaine Naidoo and Jerome Fredericks by 2-0.

The young stars Jonas Mothobi and Mthokozisi Mdingi added yet another  bronze accolades after overthrowing the highly experienced partnership of Jerome Fredericks and Jamaine Naidoo by 2-0.

The partnership with a European taste of play consisted of Leo Williams and Shaien Govender smashed the partnership of Clinton Stemmet and Danilo von Ludwiger by 2-0.


The winners of Durban Tour are as follows:

The next Leg of Durban Tour will take place on the 8th and 9th of May 2021 at Durban, New Beach.