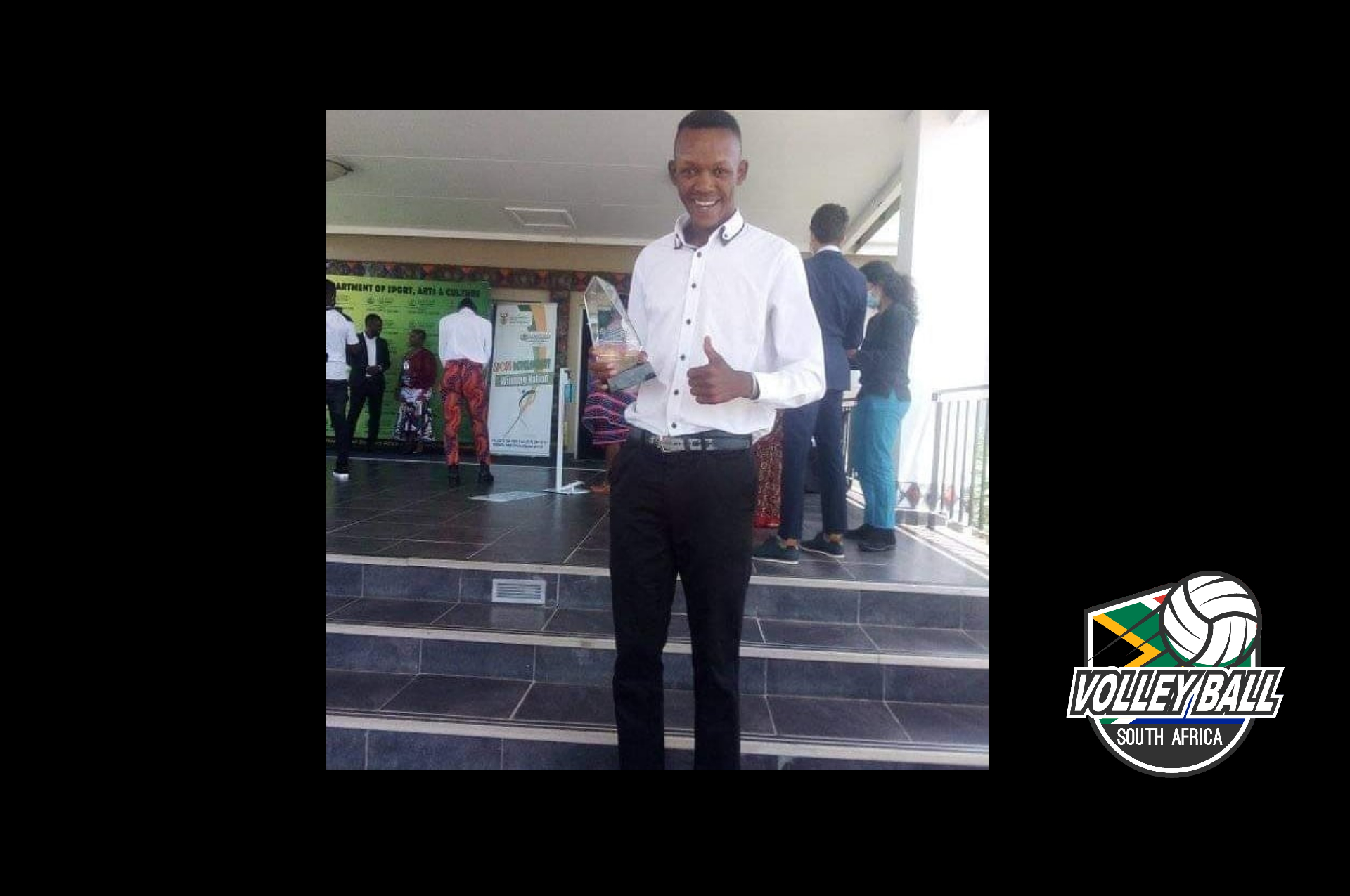 Congratulations to Jonas Mothobi for being honoured by Limpopo – the MEC of Sports, Arts and Culture at the Limpopo Annual Prestige Awards which took place yesterday (11 December 2020). Jonas was awarded under the category of Gold Awards for being part of Volleyball South Africa’s team which participated at the 1st leg of the Tokyo Olympic qualifiers which were held in Mozambique on the 10-15 Janauary 2020. The 24 years old young star also played significant role for SA team to qualify for the 2nd leg of the Tockyo Olympic Qualifiers.