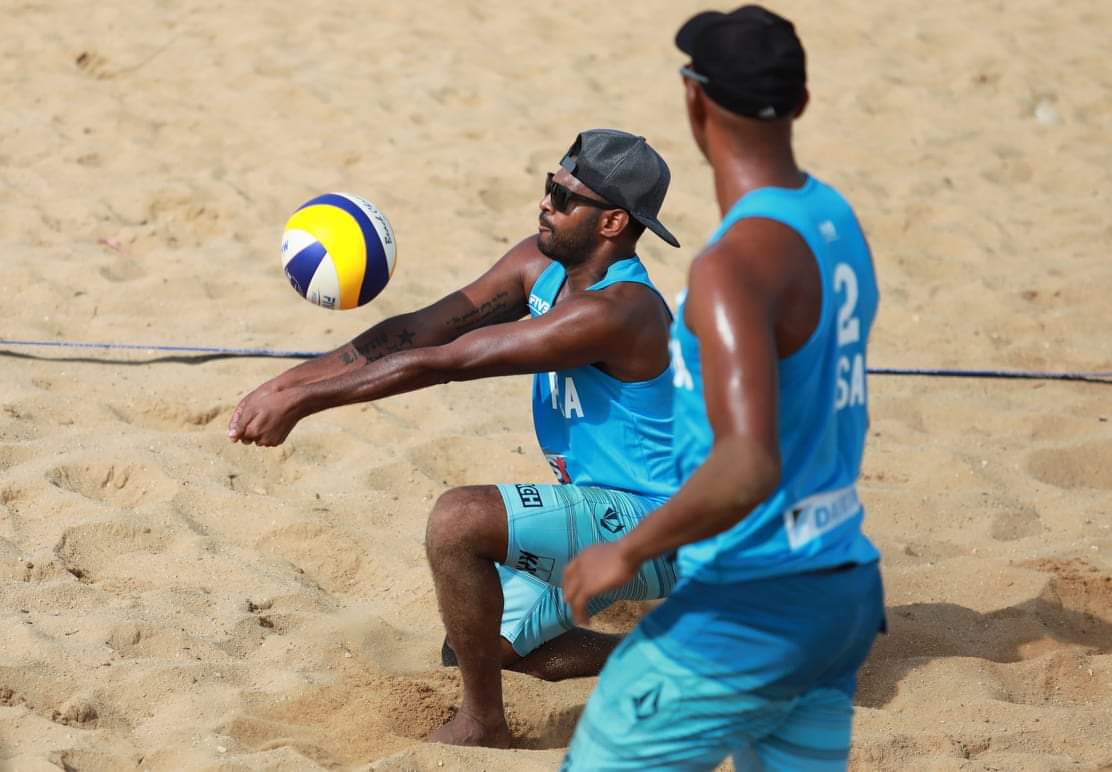 VSA President Anthony Mokoena announced at a press briefing in Johannesburg recently the South African Men’s Beach Volleyball contingent that will lock horns with Ghana, Sudan, Niger and host country Tanzania for a place in the final round of the Continental Cup ahead of the 2020 Tokyo Olympics.

While Leo Williams and Shaien Govender emerge as South Africa’s top pairing, Jamine Naidoo and Dean Layters have been hard at training not only for the CCup but also to compete on the FIVB World Beach Volleyball Circuit to notch up the minimum of twelve (12) mandatory events  to be eligible to participate in the Olympic Games. Failure to attain the minimum of 12 events on the FIVB circuit will automatically disqualify a team from participating in the Olympic Games even if they win the continental championship.

Team SA’s confidence in the CCup was raised when they brushed aside challenges from neighbours Swaziland and emerging giants Botswana in the first phase of the African Zonal leg of the competition hosted in Mozambique from      10-15 January 2020 to book their place in the next round.

The VSA President Mr Anthony Mokoena  wished the players and their manager/coach, Capetonian Gadija Jappie the best of luck and he believes that Team SA will return victorious.  Oozing with confidence the VSA President  appealed to all South Africans to rally behind the teams on their onward journey to the final round of the CCup and to Japan for the 2020 Olympic Games.