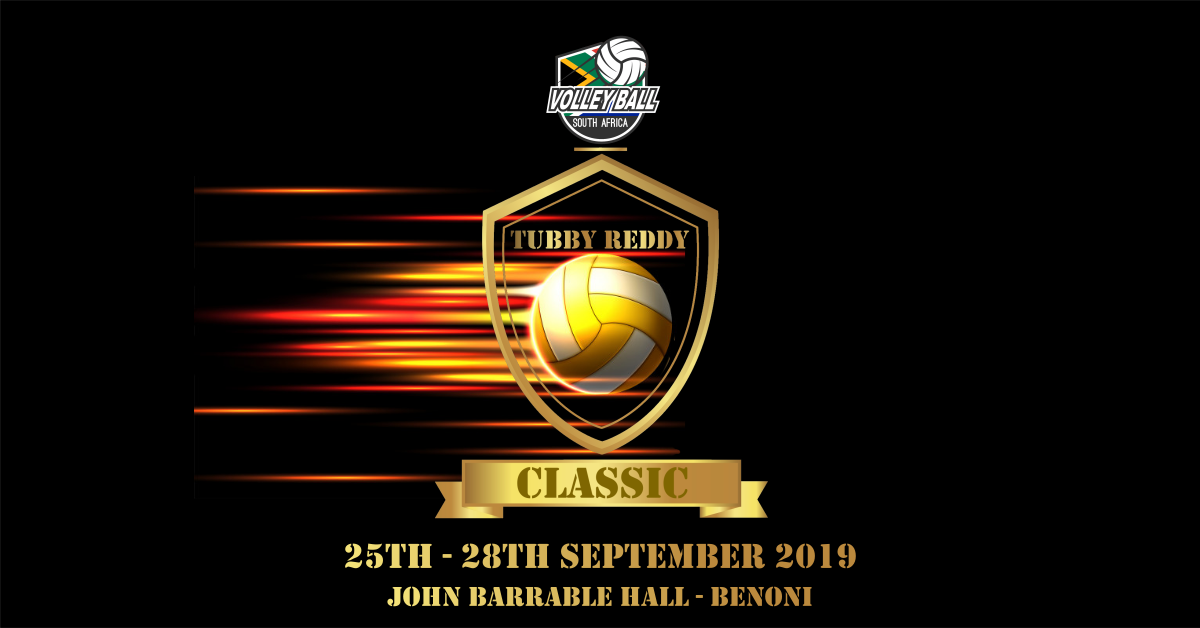 Fans that rocked up at the John Barabble Hall in Benoni  in Gauteng for the 2nd edition of the Tubby Reddy Classic could have easily mistaken any one of the semi final matches as a high octane final as the teams pulled out all the stops to reach the finals and lay a claim to a slice of the cash bonanza.

“ As a provincial player I participated in several  IPT’s  and club tournaments over the years and I most certainly rate the standard of volleyball at the  2019 TUBBY REDDY CLASSIC as best seen in the last ten to fifteen years at a VSA tournament,” said one of the seasoned players.

In the women’s semi final matches  Gauteng’s  Vaal University of Technology (VUT) and the Tshwane University of Technology (TUT) had to fight all the way to over come challenges from contenders Beat Masters from Mpumalanga and  University of Kwa Zulu Natal (UKZN) to reach Saturday’s final. Both the Gauteng teams not only had depth on the bench but had the benefit of having past national team players in their line up. VUT’s had the edge with their foreign national team players who contributed greatly to their success in the tournament.

The men’s semi finals between  VUT and  Liberte  was a repeat of their round robin match which went in favour of Liberte (3-2) in a  5 set thriller that could have gone either way had it not been for a superb performance from Liberte’s Lou Gungarajh who at times seemed to have created his own  ‘freeway’ past the VUT blockers.

However, this time round it seemed that revenge was upper most on the minds of the VUT players who fought courageously to win the opening set by a  25-22 margin. Not to be undone Liberte won the 3rd  set with a breath taking 26-24 score line. With weariness taking its toll as Liberte had played two other 5 set matches they  succumbed to a 25-18; 25-16 loss.

The Aqua Darshan and Predators clash had all the trappings of a quality final that had the fans salivating for more of the on court action as both teams threw caution to the wind and went on a ‘blitz-krieg’ type of attacking strategy. The contest at the net sent the fans into a frenzy as they joined in the action with loud cheering and with the ‘ shrieking’ sounds from  vuvuzelas.

After the youngsters from Kwa Zulu Natal grabbed the first set with a nail biting 27-25 score Gauteng’s Aqua Darshan went on a rampage and levelled matters (1-1) by winning the 2nd set by a 25-22 margin. Former SA National team outside hitter Freedom Chiya  must be credited for his untiring efforts  with clinical attacking from the net to turn the tables on the youngsters from KZN.

“ Nothing compares with this spectacular display of power volleyball dished out by both teams as they head for a place in the final on Saturday.”

Refusing to roll over and play dead the Gauteng lads were urged on by their supports to step up a few gears and  take the match by the ‘throat’ and level the scores (2-2) and force the match into a deciding 5th set. With a renewed vigour Aqua Darshan  streaked ahead and cruised to a well deserved 25-17 win. In the end it was the younger lads who went on to close proceedings with a 15-11 score line in the ‘do or die’ 5th set to reach the final against VUT.