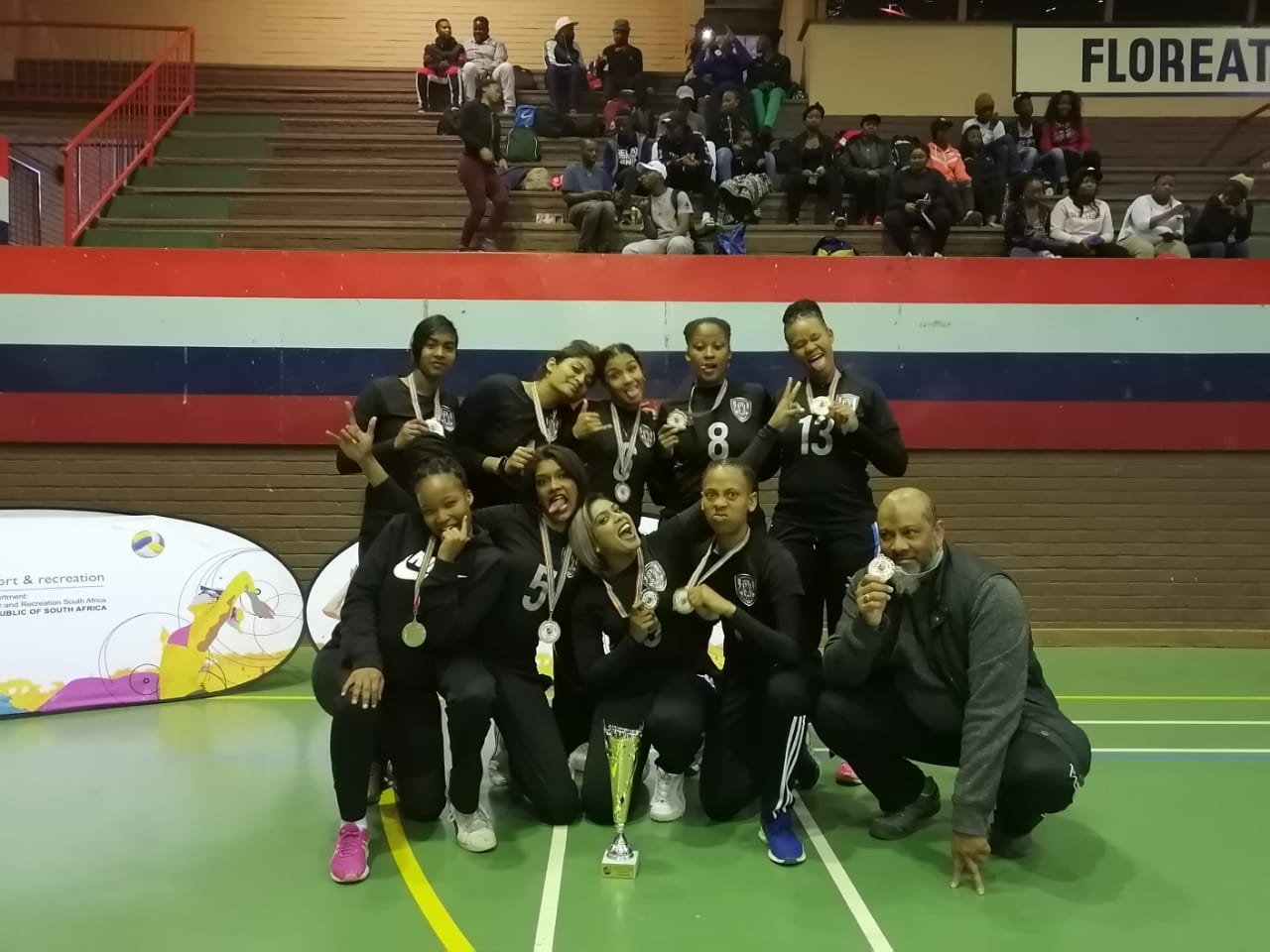 Chatsworth youngsters, Quwin Naidoo and Selina Naidoo steered their respective men and women’s teams to victory in the 2019 VSA Cup hosted by Volleyball South Africa at the Tempe Military Base Sports Centre in Bloemfontein, Free State. Then competition staged from 20 to 23 August is a gateway event for the top two teams in both genders to the prestigious Tubby Reddy Classic.

The men’s final between Gauteng’s Atlanta Eastleigh Kings and KZN’s Predators did not live up to expectation much to the disappointment of the fans. Eastleigh Kings’ tightly contested semi final win against tournament favourites, the Vaal University of Technology (VUT) by a 26-24; 25-20; 25-19 score line seemed to have taken its toll on the Gauteng lads who despites sterling efforts from captain Jamine Naidoo and Keifer Govender to win the encounter they alone could not stop the Predators from marching to the podium as the tournament’s gold medallists. Predators won the final by a 25-16; 25-19; 25-12) margin. Predators’ captain Quwin Naidoo was the tournament’s Best Setter while Jonas Motlhobi walked away with the Most Valubale Player accolade. Both players were joined by Brandon Govender and Reolan Ramdeen to deny Eastleigh Kings the gold medal position.

The women’s final between KZN’s Predators and favourites the Vaal University of Technology (VUT) was a superb advert for women’s volleyball in the country. With Swazi (eSwatini) international, Nokulunga Kunene (the tournament’s Best Blocker) and Manana Mosia (SA u18) spearheading VUT’s attack the Gauteng lasses were in pole position for victory. The will to win by Predators kept them in the hunt for an upset win which they achieved through sheer hard work. With the scores locked at 18-18 it was the Predators’ middle attacker, Yasmin Rajak  who rose above the VUT defence at the net and connected perfectly with setter Selina Naidoo to post crucial points on the board. Their efforts were rewarded with a breath taking 27-25 margin.

Things fell apart in the 2nd set for the Predators as they were hammered by a rejuvenated VUT by a 25-10 score line. VUT setter,  Lesego Rakhle had a field day servicing attackers, Nokulunga Kunene and the hard hitting Kosi Dlamini (Best Attacker of the tournament) who ran riot with the Predators defence that had no answer to the VUT attackers.

Despite the 2nd set hammering the Predators fought back through skipper Yasmin Rajak whose series of blistering clinical finishing put the Predators on the front foot with a narrow two point lead. With Predators’ playmaker, Selina Naidoo’s well disguised sets to her attacker force that often befuddled the VUT blockers, the Predators went on to edge out VUT by a 25-22 margin to take a 2 sets to 1 lead in a five set final.

The crucial 4th set could have gone either way as the teams levelled matters at 19-19. While VUT’s  eSwatini international Nokulunga Kunene and Kosi Dlamini were in sparkling form it was Predators’ combination of Selina Naidoo (Best Setter) and Yasmin Rajak (Most Valuable Player) who put the final beyond the reach of the favourites with a hard fought 25-20 victory. Both finalists gain an automatic entry to the Tubby Reddy Classic to be held at Wits University’s Old Mutual Sports Hall at the end of September.