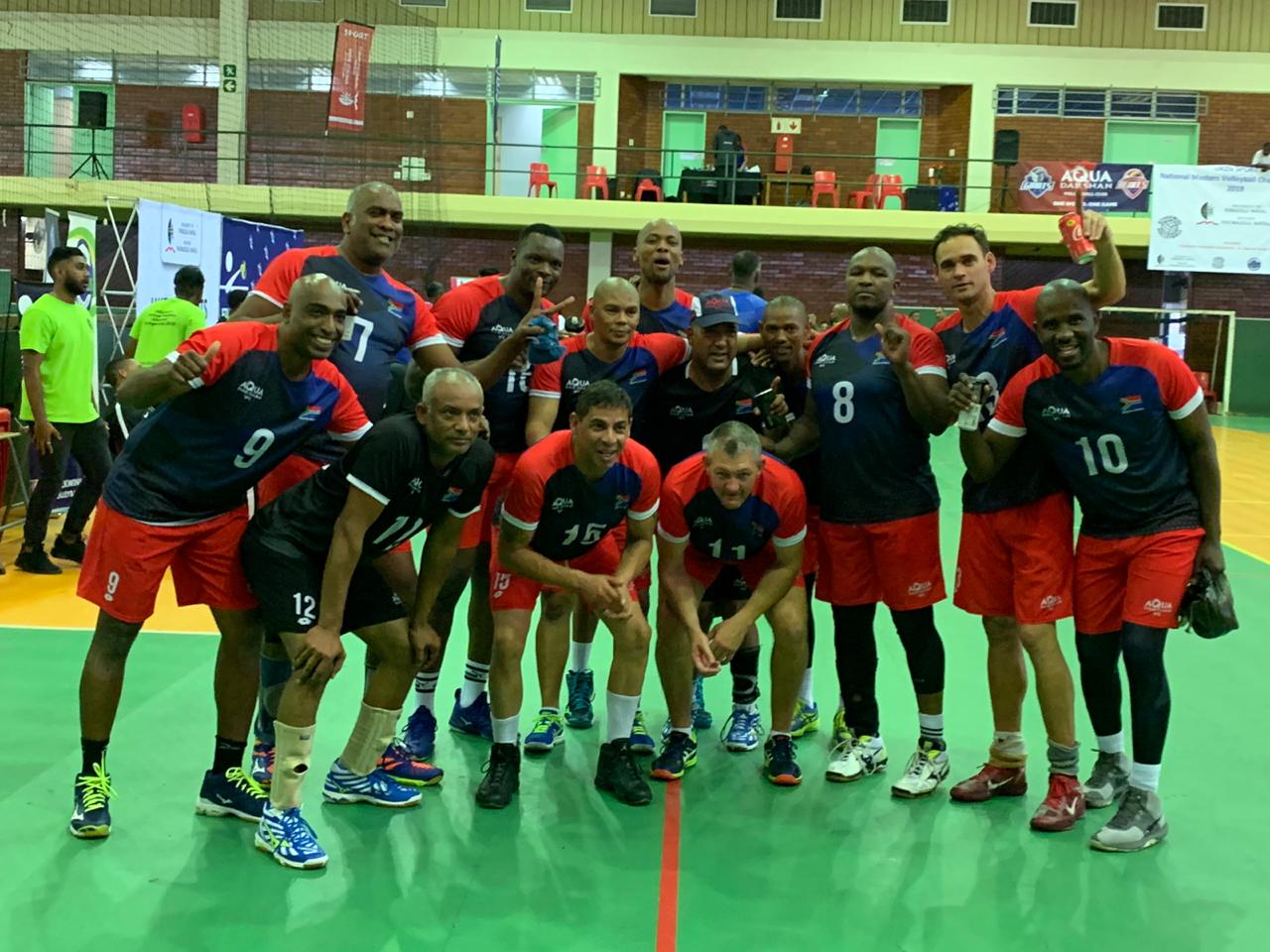 Durban was abuzz with Masters Volleyball Championship action when approximately four hundred ‘heroes of yesteryear’ and team officials converged on the University of Kwa Zulu Natal’s Westville Campus Sports Centre over the weekend of 17 to 18 August.

The VSA sanctioned UKZN Sport National Volleyball Masters Championship hosted by eThekwini Volleyball in partnership with Legends Social Volleyball (LSV) attracted a record number of teams from the host province and Gauteng. Twenty four men’s teams and nine women’s teams pulled out all the stops to get to the podium as medallists much to the delight of the capacity crowd.

“ The masters players who once thrilled and entertained the Durban volleyball enthusiasts ‘back in the day’  seemed to have not lost their passion for the sport,” said a veteran volleyball fan from Chatsworth. He went on to say that the eagerness of the masters players  to thrill and entertain the fans who rocked up to be part of the action  was reminiscent of the glory days of the sport  when it was played in outdoor venues in Chatsworth and Tongaat.

Volleyball South Africa President, Anthony Mokoena said that it was very pleasing to note that the annual eThekwini Masters event was superbly organised and well supported by teams and the general public.

“ We are hopeful that our next masters event in Durban will be run side by side with a competitive section featuring VSA’s seniors and juniors teams in both genders.”

“ The hugely successful eThekwini Masters tournament has spurred us on to plan a bigger event for teams from around the country in the 2020 season,” said Venai Naicker the President of eThekwini Volleyball.