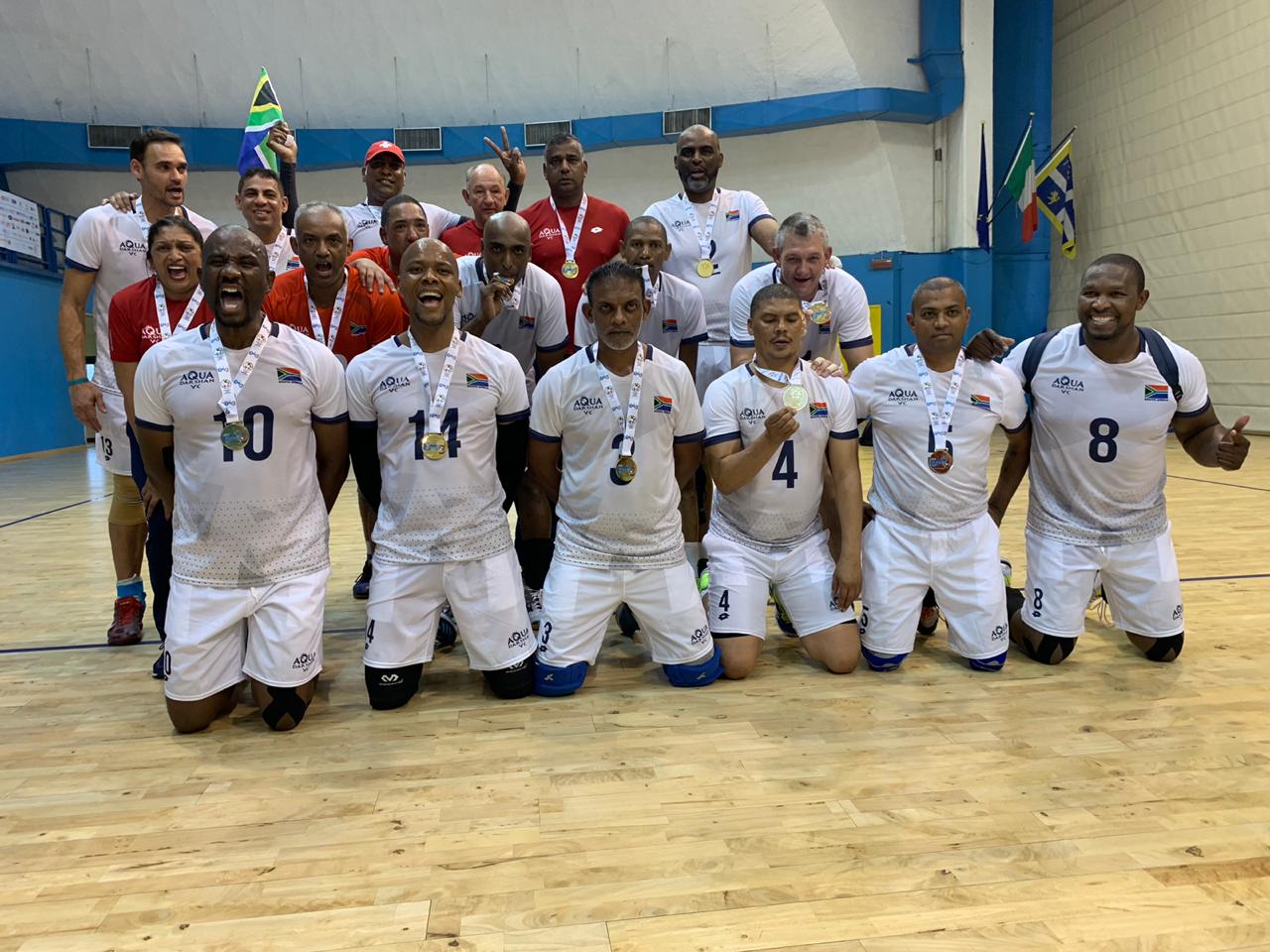 Aqua Darshan Giants owner, wealthy businessman, Logan Naicker was beaming from ear to ear when his Masters volleyball team was crowned  champions when they defeated compatriots, Delfos from Johannesburg by        3 sets to 1 in an all South African final at the European Masters Men’s Volleyball Championship in Turin,Italy.

Despite losing to the Polish team in the round robin stage in straight sets (2-0), Delfos bounced back to reach the final against Aqua Darshan Giants whom they lost to on five previous occasions on ‘home soil’.

Notwithstanding the psychological edge that Aqua Darshan Giants held over Delfos, Giants’ coach, G.P.Fourie prepared his team as if it was the first time that they going to meet their challengers.

The fight back from Delfos made the encounter a mouth watering affair for the spectators as the ‘ageing’ athletes gave their best performances to gain the upper hand. With Giants’ libero, Heinrich Coleman providing a steady supply of quality passes to setter Lahldas, the Giants attack force posted a 25-17 score to take a commanding 2-0 lead in a five set final.

Delfos’ efforts to upset their arch rivals paid off when the won a tightly contested 3rd set by a heart stopping 25-23 margin.

Refusing to roll over and face possible defeat by a rejuvenated Delfos attack force the Giants started the crucial 4th set on high spirits rejoicing every point scored. Despite fiercely contested action at the net, it was the Giants ‘big guns’ who stepped up a few gears to take the final by the scruff of its neck and close proceedings with a heart stopping 25-23 margin to march to the podium as the champions of at the European Masters Tournament.