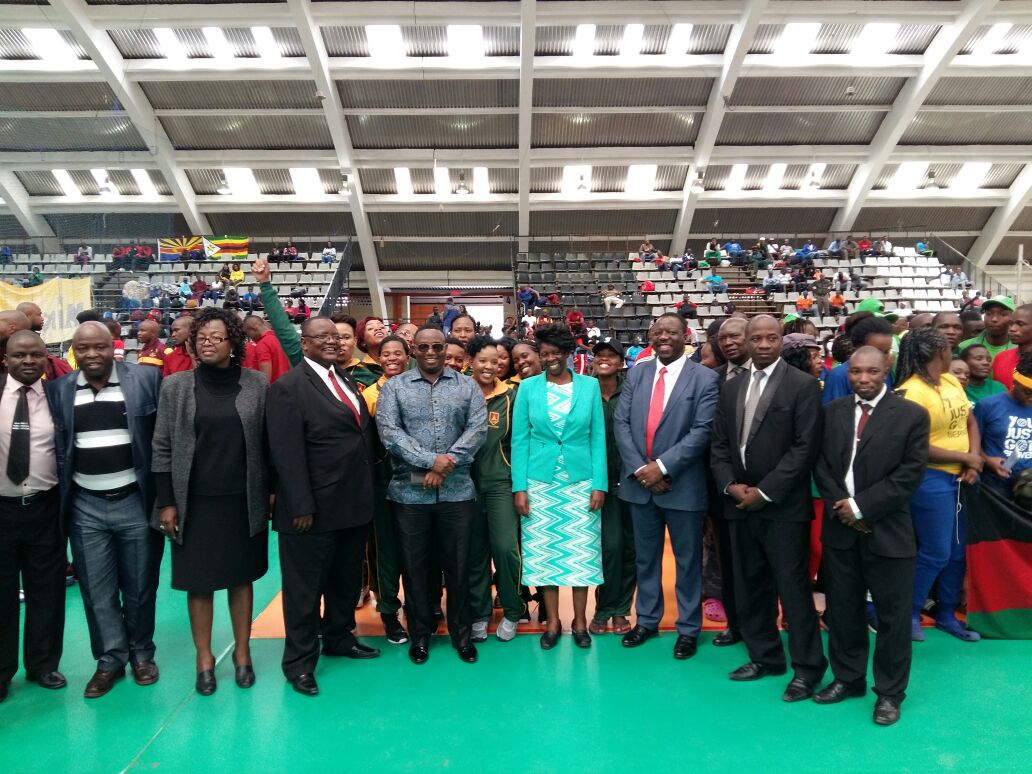 The 2017 CAVB Zone 6 Club Championship was officially opened on Saturday in presence of the Honorable Minister of Sport, Art & Recreation, Honorable Raymond Kazembe Kazembe at ZITF in Bulawayo, Zimbabwe.

The Honorable Ministry saluted the CAVB Zone VI and ZVA for the effort in developing Volleyball in the zone and in Zimbabwe. He mentioned that it is an honor to open such big event specially featuring 30 participating teams in both genders. He wished all visiting teams a good stay in Bulawayo and a fair and clean sport.