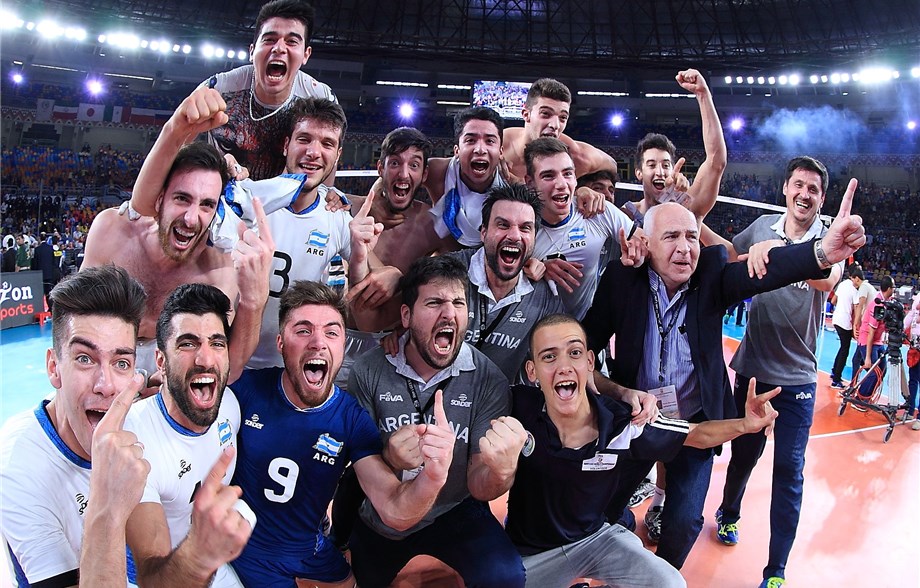 It is Argentina’s first ever world title in any volleyball competition.

All matches in Cairo are played under a new scoring system currently being tested: a best-of-seven, 15-point set format.

Led by top scorer Gaston Fernandez on 20 points and opposite German Johansen, Argentina out blocked Russia 10 stuffs to 6 and took revenge for their defeat as U21s in the 2015 final in the hands of the same opponents.

Argentina produced at times some amazing defending to keep Russia at bay and showed exceptional passion to keep the lead they built up for an incredible win.

It took Russia three sets and again some creating substituting by coach Andrey Voronkov to get started but this time it was too little, too late.

The defending champions fought tooth and nail in the tight third, but even so never got a chance to finish it. On Argentina’s second set point Brian Melgarejo blocked Sergei Pirainen on the outside to bring it home.

Again Russia desperately tried to stay alive in the fourth and this time got the job done on their second set point when Augustin Loser sent the ball wide on a quick attack from the middle. They did it again in the fifth after 13-13 on a pipe by Denis Bogdan followed by a double block by Bogdan and Denis Chereiskii.

But at 9-9 in the sixth Argentina broke away with a six-point run to bring it home after two long attacks by the Russians for the last two points. – Source FIVB