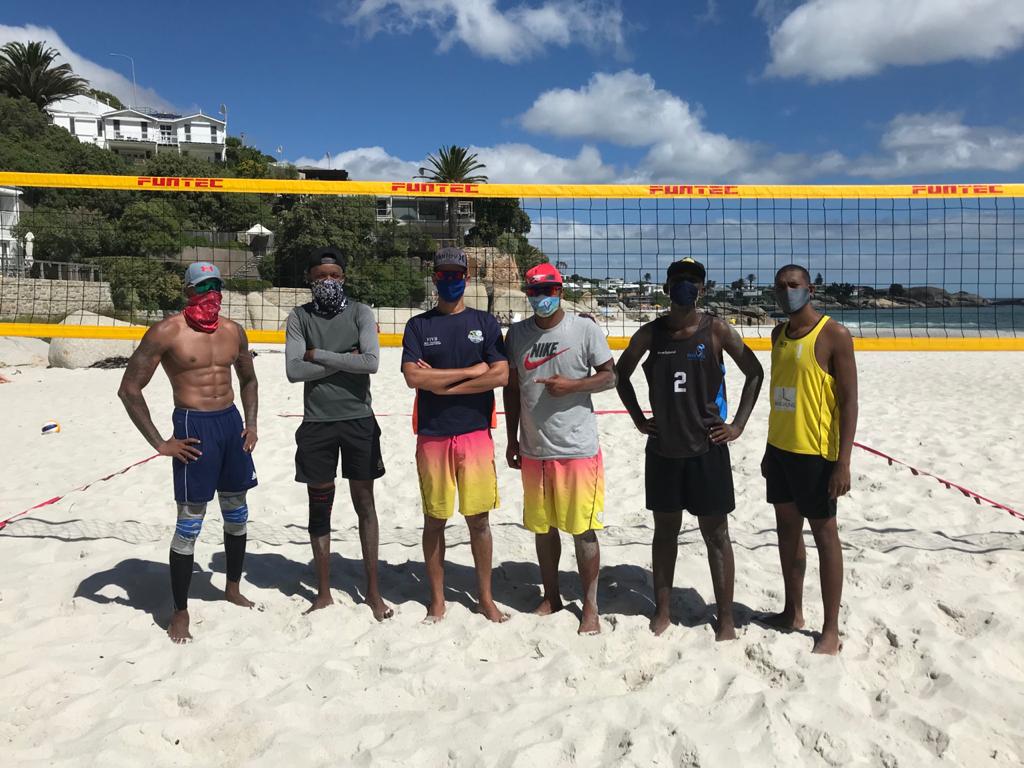 South African Volleyball Federation hosted its 1st Leg of FIVB Homologated National Beach Volleyball Tour which took place at Cape Town, Camps Bay on the 20th of March 2021. The competition was set to take place in two days but it ran for one day due to a less number of entries. The FIVB Homologated National Beach Volleyball Tour was entered by eight (8) teams on the men’s category while women seemed to have not shown interest to enter the competition.

Jerome Fredericks, on behalf of the hosting Western Cape Province indicated that the tournament information communique was delayed hence women and other men’s teams were not able to enter the competition. Meanwhile, the Volleyball South Africa’s President Mr. Anthony Mokoena appealed to Provinces and Beach Volleyball players to enter the competitions which will help them earn FIVB points. The President also thanked the teams which participated for responding to the call even though the competition was finalized very late due to COVID-19 related protocols.

The competition is used as part of the preparations for the Tokyo Olympic Qualifications and also for the SA players to reach the required number of games for them to stand a chance of qualifying for the Olympics.  The top-3 winners of the first leg were as follows:

The upcoming legs will still take place in Cape Town, Camps Bay on the below mentioned dates: