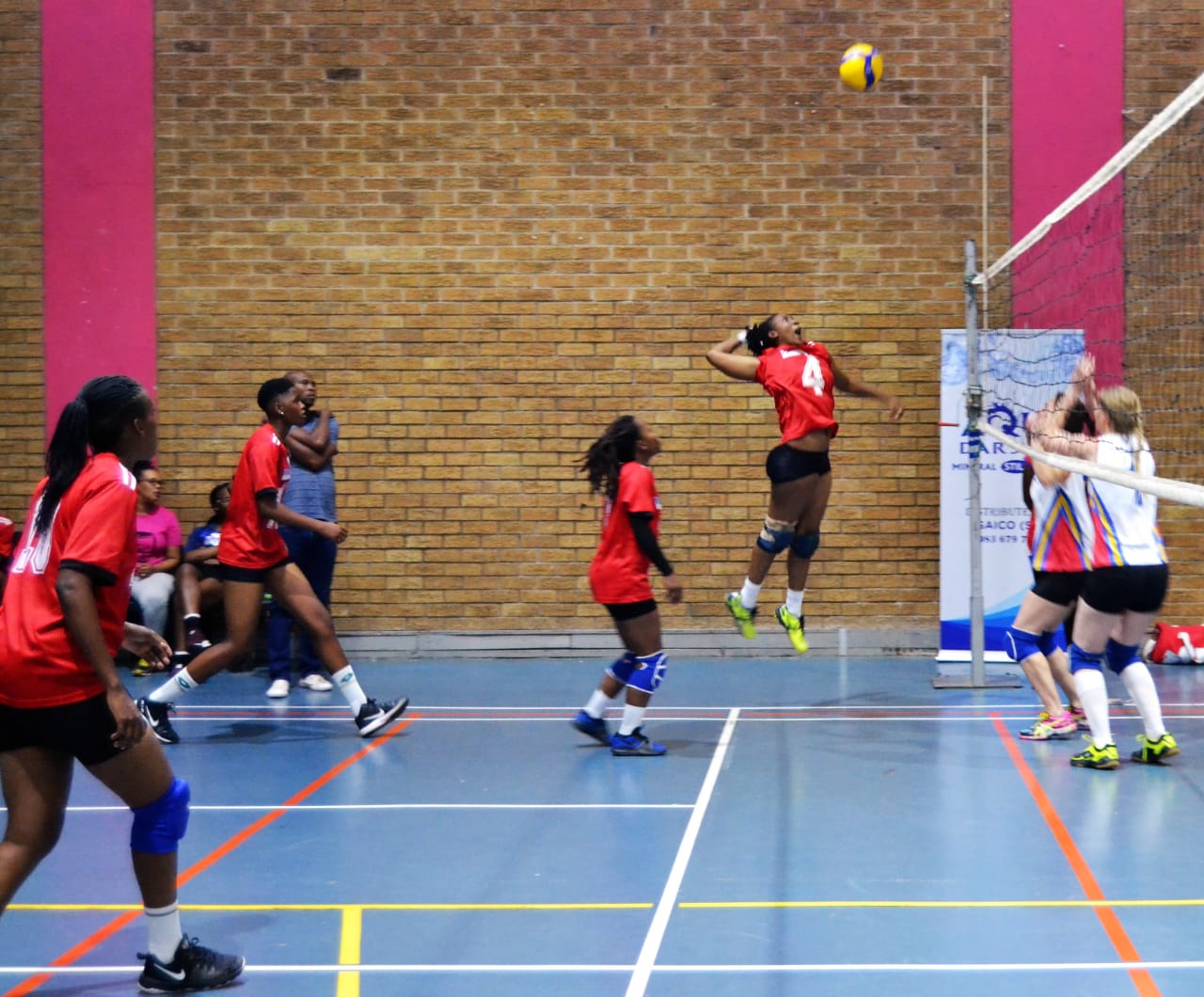 Johannesburg – The 2019 Zone 6 Club Championships Indoor Volleyball Best Attacker Annah Phago is lately doing thunders in indoor volleyball despite the fact that she experienced the up and downs few years ago which destructed her from showing great performance in volleyball. Annah Phago embarked on this great volleyball journey at Tshenolo Primary School in Brits, North West Province.   The 29 years Annah Phago ’s volleyball career got into the full swing after moving to Gauteng for competitive volleyball which granted her the most upper hand to form part of the national teams. The Tshwane University of Technology (TUT) outside hitter astonished many when she went great gun at all the 2019 volleyball tourneys which she played to a point of sweeping special awards even at sub-continental level (Zone 6). Annah as the strongest attacker played a paramount role for TUT to acquire special accolades and significantly contributed for TUT to record the most cherished and haunting highlights when TUT reached the finals at the 2019 Zone 6 Club Championships which were held in Malawi.  Even though TUT was overpowered by the University of Pedagogy the Mozambique based counterparts which made them come home with silver medal, Annah and her teammates announced themselves to the Zonal Clubs as hungry and determined team. Annah Phago the disciplined, talented and an extraordinary team player dreams to join international club based to explore and also to learn one or two volleyball skills and of which she will share with other volleyball players when she returns home.

Volleyball South Africa’s Media & PR Director, Jacob Thamaga asked her questions and this is how she expressed herself:

1. What was your great and worse highlights in Volleyball?

My great highlight in volleyball was playing for the national team and also playing for the teams that work hard to make it to the top. My worse highlight was being injured and having had to watch my team play without me.

2. What are your Volleyball dreams?

My dreams are playing for the big teams, and traveling the world to gain experience so that I can come back and share my experience with others.

3. Funding and sponsorship appears to be a challenge in Volleyball and all the sports fraternities at large. What do you suggest could be a possible solution to your sporting code?

I think a solution is to make more tournaments and more development programmes so that there is exposure and obviously sponsors will see the need to invest in volleyball.

4. There is a decline in terms of women’s participation in Sports at large. What do you think can be a contributing factor and what do you think must be done to resolve this challenges?

The challenge is that as women we are known to be weak when it comes to sports and that mindset came from long ago in the olden days. This was wrong since women were not allowed to play sports. Women were not even taught thoroughly on how to stand for themselves. To resolve this challenge, women need to be capacitated, to fight for what they are passionate about and be shown the importance of taking part in sports.