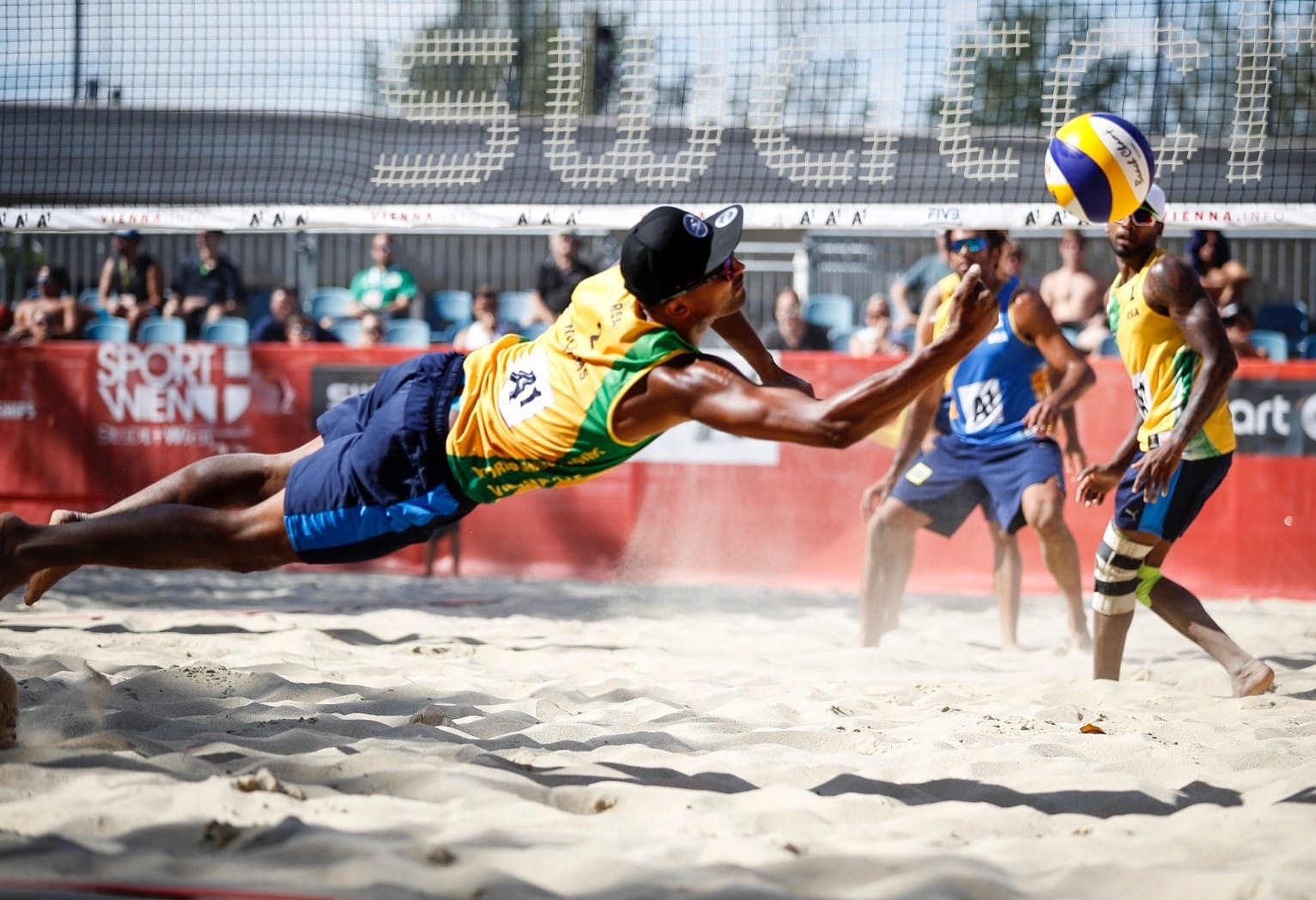 Johannesburg – The South African Beach Volleyball star Leo Williams soldiered on over the past few years on the FIVB World Beach Volleyball Tours determined to get the mandatory twelve (12) matches to qualify to participate in African Continental leg of the Tokyo Olympic Games Qualifier. For the tall and strongly built former Capetonian getting into the Qualifier is his final hurdle to compete on the global stage. Williams’ vast experience gained on the FIVB Beach Volleyball Circuit and his uncanny will to win sets him apart from his fellow African competitors for a spot at the 2021 Tokyo Olympic Games.

The 35 years’ old prolific beach player who hails from Cape Town currently resides in the Czech Republic giving him easy access to the FIVB World Tours in Europe. For Williams the many accolades he collected over the years pounding the beaches in South Africa and elsewhere in the world pales when it comes to a spot on the Tokyo Olympic Games Beach Volleyball roster in 2021.

In preparation for notching up the required number of events to qualify to participate in the Tokyo Olympic Games Qualifier Williams and fellow Capetonian the left handed Grant Goldschmidt shocked the more seasoned competitors on the World Circuit having taken sets off them and at times coming to the brink of an upset victory. One such incident that comes readily to mind is in the one star FIVB World event in Cambodia where Lady Luck turned her back on the South African duo were unlucky to go down to the experienced Russian duo, Sivolop and Yarzutin in the final.

Volleyball South Africa’s Media & PR Director asked him few questions and this is how he responded:

1. Where do you want to see yourself in few years to come?

Well first things first, next year this time I want to be in my final preparation phase for the 2021 Olympics. Then after that I aim to compete at the world championships 2022, Commonwealth games 2023, All Africa games 2023, while competing full time on the world tour culminating with 2024 Olympics.

2.  What can you say to the young stars who want to reach greater heights in Volleyball?

I believe that talent is very necessary but there is no replacement to hard work and self-belief. The famous words of my favorite jungle oats ad “believe in yourself, never give up and always eat your jungle oats” but really train until it hurts and then train some more.

3. What do you wish to see happening in SA Volleyball going forward?

I believe the game is with the youth and my wish is that there is an abundance youth and school events not only on the local front but also on the international front. Our players need to filter through at a young age to be exposed to international competition early so that we are on par with the world as they go further in their development.

Growing the game requires mass participation on multiple fronts i.e. schools, universities, clubs, corporate and social leagues. It needs exposure from all media from social, print, tv and radio. Most of all we need players to play as many competitions per year as possible. When I say many competitions I mean more than 20 competitions per year. I believe that we have some of the best talents out there and if everyone pulls together we can make our sport great and participate at global stages in multiple categories which should be our goal.