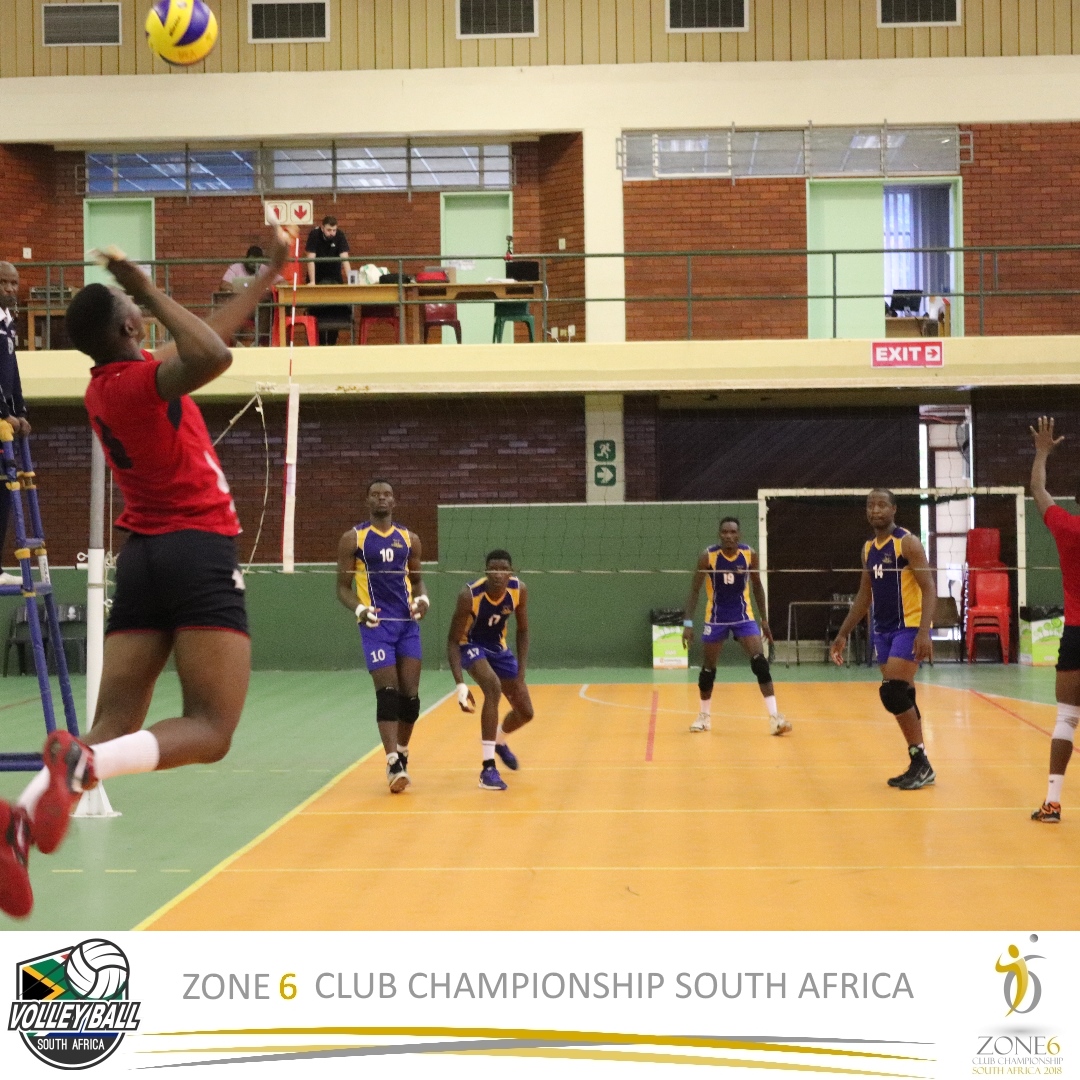 The common thread running through the teams that ended up in the semi final stage of the 2018 African Zone V1 Club Championship was the will to entertain the fans with a unique African brand of total power volleyball that had the fans singing and dancing in the stands.
The clash between UZ Wolves from Zimbabwe and Mozambique’s Autoridade Tributaria (AT) started that excitement for the fans as they went about their way to find the weakness in each other armour in their efforts to post quick points on the board.
Fans were kept entertained with explosive attacks and huge blocking action that often led to mouth watering rallies. Taking on each other “blow for blow” the score board crept adding points evenly. At 22-22 UZ Wolves seemed like taking the set when the Mozambiqueans stepped up their game to wrap the set with a 25-22 score line.

AT’s Luis Carriere was particularly impressive with his scorching back line attacks that failed to be stopped by the Zimbabweans. Not to be out done Wolves “big”hitters, Keni Tafadzwa and Keith Machakaire displayed their prowess as one of the Zone most accomplished attackers with clinical finishing from both the back court and the front court to put their team ahead on points. Never for a moment giving up the fight to take a lead in the set AT’s attackers led by the tall and strongly built Sergio Chinai and Luis Carriere troubled their opponents from time to time.
Nevertheless Wolves ‘power masters’ went on to take the set in grand style with a 25-21 margin to level matters at 1-1

With the score board ticking evenly up to 19-19 the fans had no idea which team was going to step up a few gears to take a run away lead to win the set. The Zimbabwean lads kept a stranglehold on the set giving nothing away as they won the set with a 25-20 score line to lead by 2 sets to 1.

With both teams endlessly pursuing the total onslaught strategy to put points on the board the fans were kept in a state of delirium as they joined in the fun applauding generously every time an attack was successful, a block was well executed or a cover player making desperate attempts to recover balls that came off a block or a “dink” that was directed into unguarded parts of the court.
It came as no surprise when UZ Wolves closed proceedings with a 25-19 score to reach the final on Friday.