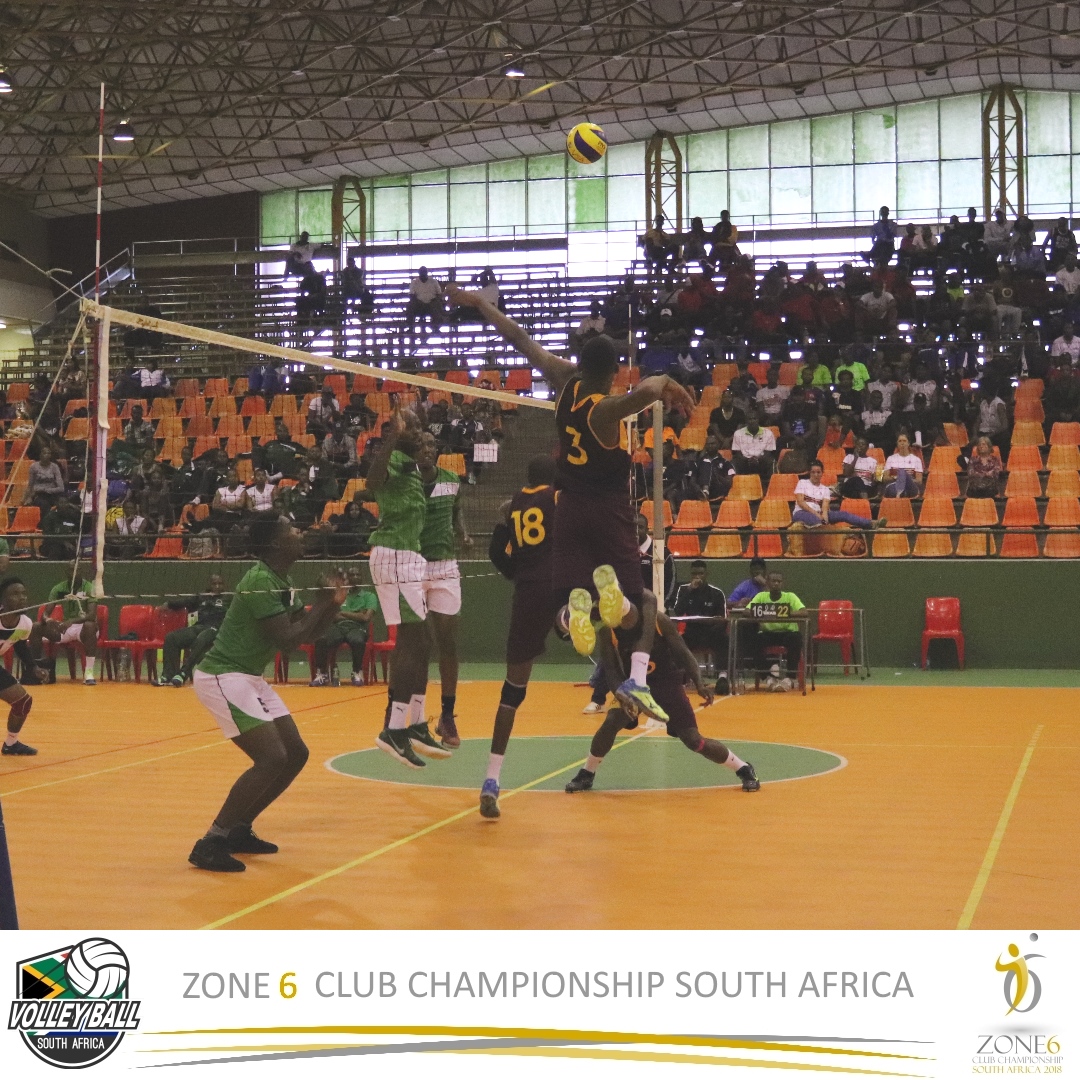 The sky scraper height of some of the players in both Police V1 and Kutlwano volleyball teams, the contenders in the 2nd men’s semi final could have been easily mistaken as basket ball teams. Such was the staggering height especially of some of the Police V1 players.

Playing off the wing blockers out stretched hands at position 4, Police’s hard hitting Alec Engleton and Jack Sekao built up a healthy 11-7 lead.
The quick paced game was a thrill to watch as blockers and attackers locked horns at the net with sheer power that added further excitement. Using their blistering attacking strategy Police stretched their lead and won the opening set by a 25-16 score.

For Kutlwano playing against their country men could have been an easy one as both teams have similar styles of offensive and defensive strategies, the only difference is that Police V1 have the edge on height which they used to great advantage as they romped their way past their opponents in the Pool stage. Kutlwano’s determination to turn the tables on the taller opponents paid off as they worked their way to a hard fought 19-16 lead. Credit goes to attackers Shadrack Kapero and Tebogo Koobatlele for their untiring efforts to get ahead of Police V1. They were rewarded with a convincing 25-20 win to level matters at 1-1

Continuing with their winning ways Kutlwano took a 16-13 lead. Not to be out done by their rival attackers Police V1 attackers Siphambe Moemedi, Jack Sekao and the hard hitting Alec Engleton pushed their score to 22-15 and there after went on to close the set with a 25-18 score to take a 2 sets to 1 lead.

In the ‘ do or die” 4th set Police made sure from the outset not to allow the Kutlwano attackers to get the better of them at the net. Racing to a 4-1 lead Police V1 seemed to be on track to take the set with ease. However things panned out differently as Kutlwano buckled down to match their opponents with a sense of urgency to win the set. With luck on their side Kutlwano levelled matters at 14-14. However Police V1’s strength at the net helped them win with a convincing 25-16 score line to meet Zimbabwe’s UZ Wolves in what promises to be a mouth watering men’s final on Friday.