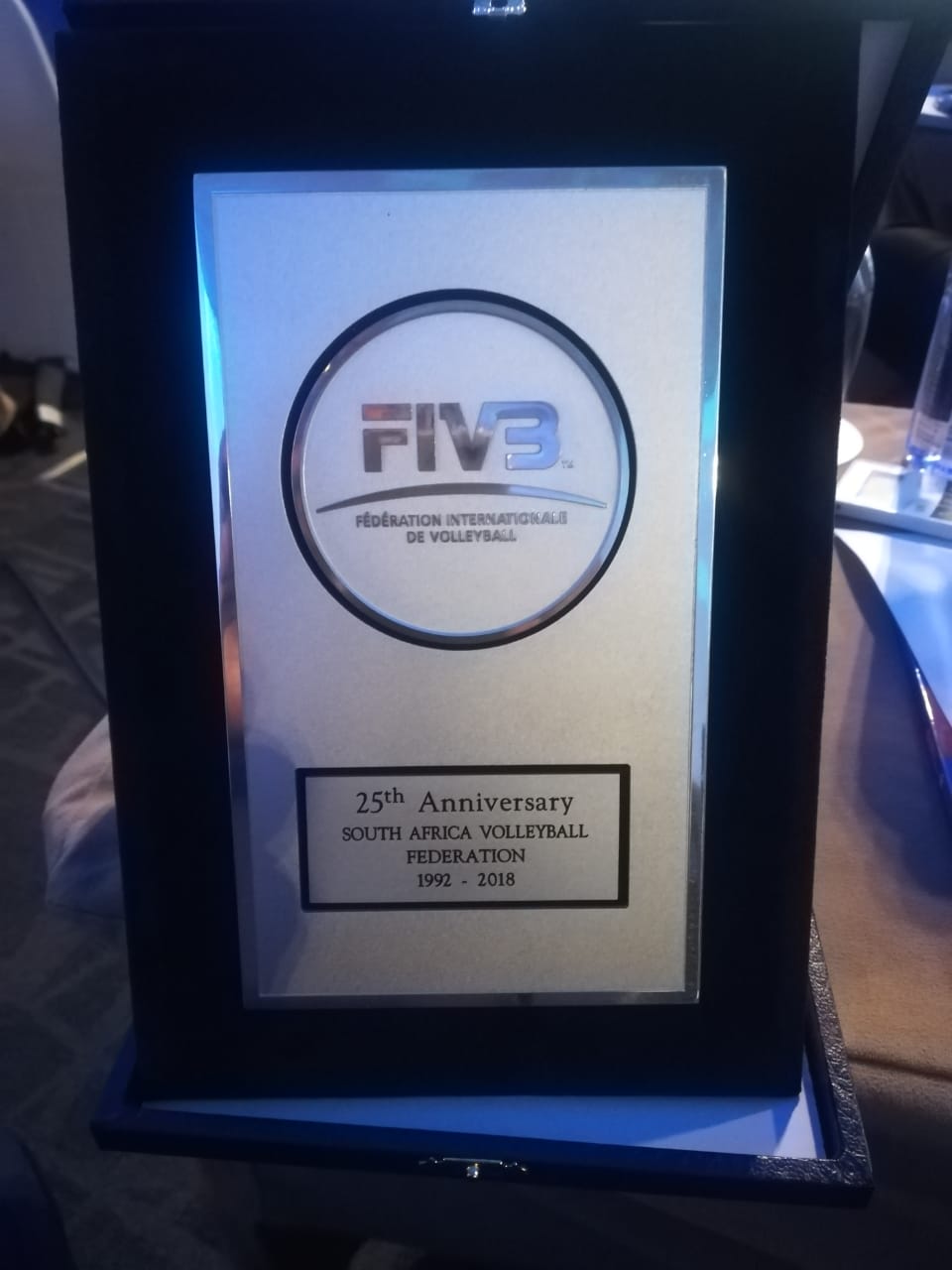 In opening the 36th World Congress in Cancun Mexico, FIVB President Ary S. Graça  impressed upon national federations from each of volleyball’s continental confederations the importance of uniting for the ultimate global benefit of the sport.

However a highlight for many National Federations was the Special Recognition Award  given to them for having attained the milestone of reaching 25 years and 50 years of being affiliated to FIVB. The award was presented to National Federations by FIVB President Ary S. Graca at the Cancun Congress. Volleyball South Africa’s delegation comprising, Anthony Mokoena (President), Kriba Reddy (Vice President) and Attorney Siven Samuel (FIVB Legal Commission Member) were overcome with joy when it was South Africa’s turn to go to the podium to receive their Recognition Award for being affiliated to the FIVB for 25 years. Beaming with pride VSA President Anthony Mokoena ascended the podium in full view of the delegates from throughout the world to receive the award from the FIVB President.

While Anthony Mokoena proudly raised the award to applause from the delegates at the World Congress he was quick to acknowledge the sterling work done by past South African volleyball officials from all the racial groups, albeit under trying circumstances in turbulent  pre-democratic years to lay the foundations to grow and unify the sport under one umbrella body.

“ To this end I want to make special mention of some of the “ founding fathers” of Volleyball South Africa in the 1990’s viz. Viren Singh who was elected as the first President of Volleyball South Africa, Tubby Reddy, Nthebe Molope, Julian Govender and Paul Parker among the eighteen (18) person strong executive from the three (3) structures that united to form the national body that became the custodian of volleyball in our country,” said Anthony Mokoena.

Mokoena went on to say that when Tubby Reddy became President of VSA in 1994, the sport grew exponentially with the national federation, inter alia, engaging in country wide development programmes, hosting of courses for coaches, referees and administrators and kickstarting a national beach volleyball league that went on to make South Africa as the number one beach volleyball playing country on the African Continent. On the international front several African Continental Championships were staged in South Africa in addition to the five FIVB World Series Beach Volleyball which put our country in pole position as a destination to host international events.

“ With the international Recognition Award of 25 Years of being affiliated to the FIVB on display in our awards cabinet I am hopeful that this accolade will unite us as officials and players and focus on propelling the sport to dizzy heights both locally and internationally.